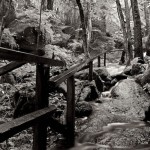 The Ysper gorge is located in Upper Austria/Neiderösterreich, in the Waldviertel – the forest quarter. The winding roads led endlessly up and down hills, with wheat and corn fields then back deep into woodlands. There are no major roads! – just narrow and bendy ones!  All this while driving for well over an hour in drizzle, fog and down pours – a genuine miserable day. Yet a perfect one for photographing. However as I made my way through this marvelous landscape, I did wonder if the rain and drive would end.

My preparations consisted of spare clothes, shoes, rain gear,  a towel and an umbrella. The umbrella was an after thought when I had thrown it into the back of the car in the morning. It was now midday and the sun had been banished for shining which suited me appropriately, well it’s not welcomed when making images of narrow gorges, you just don’t want any shadows at all. An even light is required to pull all the details, textures and rock shapes into a picture.

The rain wouldn’t pause. I stopped off for lunch in a village called Gutenbrunn. The directions the GPS had presented were leading me into a forest. Knowing that wasn’t quite the way, it was time to ask. The ‘Marschall Stuben‘ in the Gutenbrunn, a pension which offers a solid lunch for any walker. The friendly and helpful family run business explained the best way to visit the Ysperklamm without the need to walk the entire 15km all-round route. (Hence why the GPS sent me into the forest.)

So onwards,  I arrived at the car park of the Ysperklamm at the Forellenhof. The light was right but the rain was still heavy. I realized the umbrella could possibly be at my aide. Keeping the rain drops away from the front of lens. As I entered the gorge, the amount of water rushing through was incredible along with the lush green foliage. ‘Topical’ was the word which came to mind.  The canopy of the leaves were polished and shined by the wet. The darken bark on the tree stems were near black creating the needed contrast between rapid white water. Everything was a gentle glow,  harmonized by the soft light. The ideal conditions and mood for the images that were to be captured. 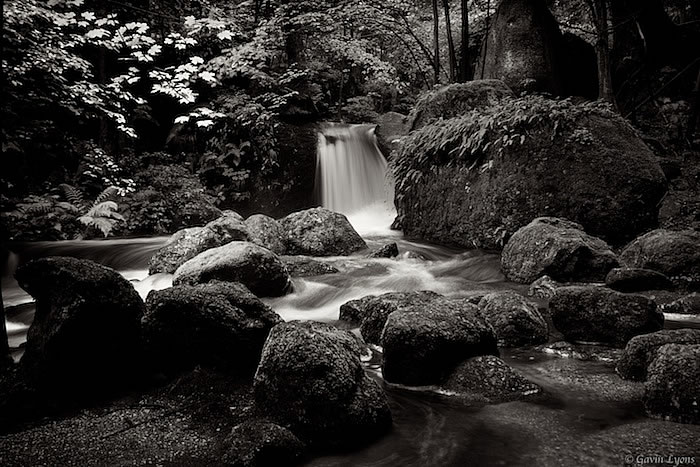 Due to the day that it was, very few visitors were at the gorge, I met one with a camera. As he saw my tripod he rush back to grab his. I do think people believe they can’t photograph in the rain, the fear of damaging their equipment or something. You couldn’t wish for a better day, all the misty drizzle the overflow of water rushing down the pathways. I couldn’t be helped to photograph after photograph – it was all around me.

Many of the granite rocks and boulders have names and stories associated with them. As there are so many faces and forms it is free to make your own folklore for them and while assigning name to them if you wish. 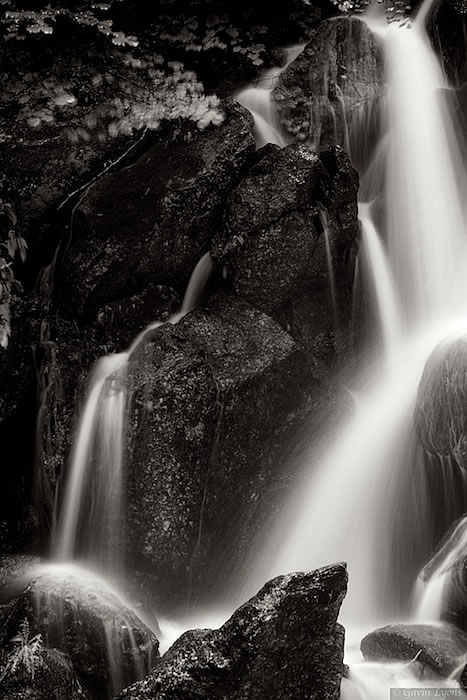 Title : Where She Lay, Ysperklamm

The entrance to the gorge is free, it’s over 2 Km long and features also some wonderful granite structures. Takes about an hour to walk, but to photograph you could spend all day there!  350 metres differences in height. Highest point is just over 800 metres.

View Gorges in Austria in a larger map 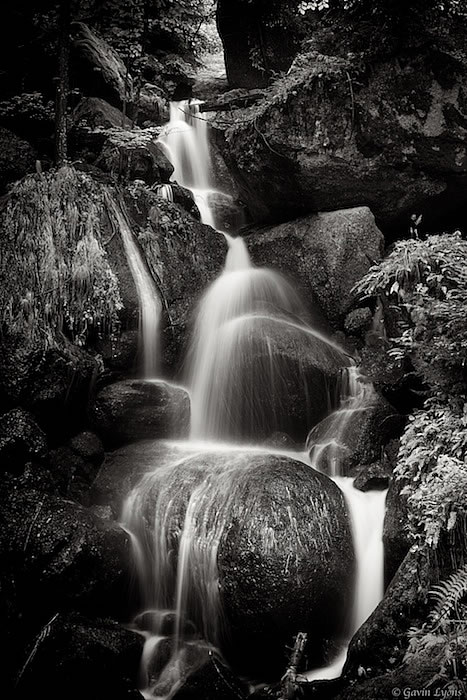 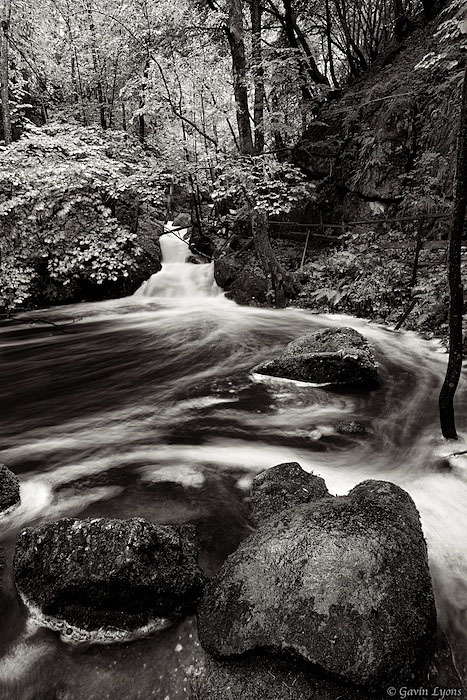 Hi Gavin,
Nice that you visited my blog, so now I watch your images about the Ysperklamm. It´s always fascinating to look how other photographers shoot locations where I always be for many times. Also a great place are the “Ötschergräben” in Lower Austria. It´s a Canyon with a wild river. Take a look: http://www.weginger-photography.at/blog/?p=207