I took the wide angle lens for my Fujifilm X-T1 camera out on a bright and cheerful Saturday morning. The lens in question is known as the XF 14mm ƒ2.8 lens in 35mm terms – 21mm. I hadn’t used it for quite awhile and felt somewhat with guilt. That it had sat collecting dust and not light.  It seemed today was the day, with abounding blue skies with the added gift of clear winter light. The Fuschl am See was the place chosen beforehand during the week. A lake in the Salzkammergut outside the city of Salzburg in Austria.  Perfect to stroll along a path within the snow for a wintery walk. The lake itself – Fuschl am See is interesting indeed  but not enough this time around as I had photographed it before. The appeal on this day was the perfect crispy whitened layer snow on either side of the path. There were no clouds marking the sky, the sun was present but hadn’t dominated or washed away the blue around it. The various trees and their stems became silhouettes against the highlighted colored background. Seeing the river reeds dry and preserved they still remained standing. Looking closely at the bushes now bare, ice crystals hung.   All these things were reason enough to photograph and be creative with the wide angle Fujinon lens that was attached to my Fujifilm X-T1 camera – which you can see below with it’s fancy vintage strap.

I hope you enjoy this blog post and please leave comment or if you’ve any question too, I’d be glad to hear from you.

Below are examples of Bokeh, Details and Landscape! 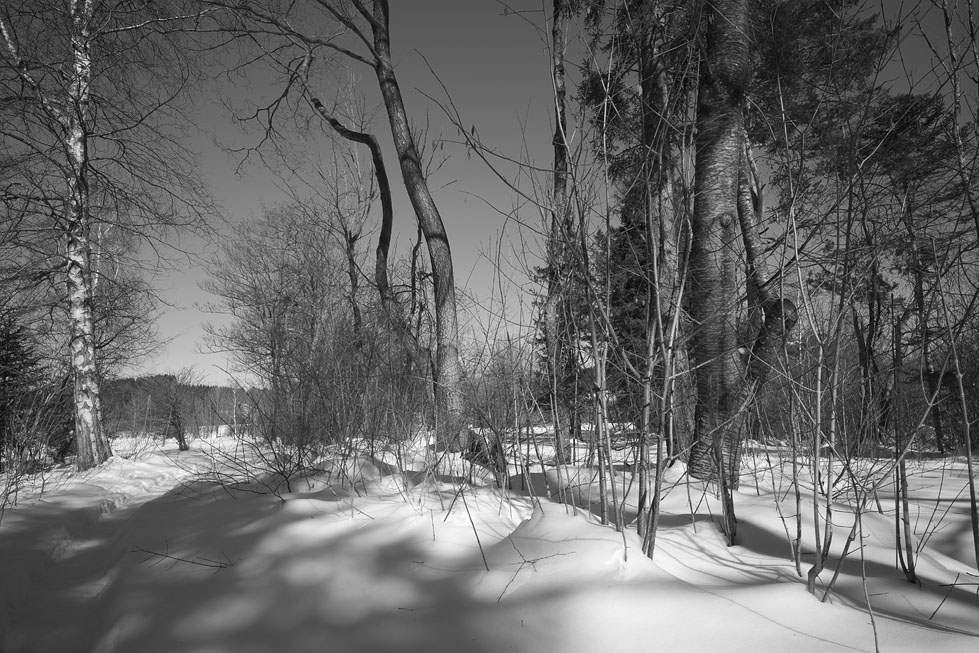 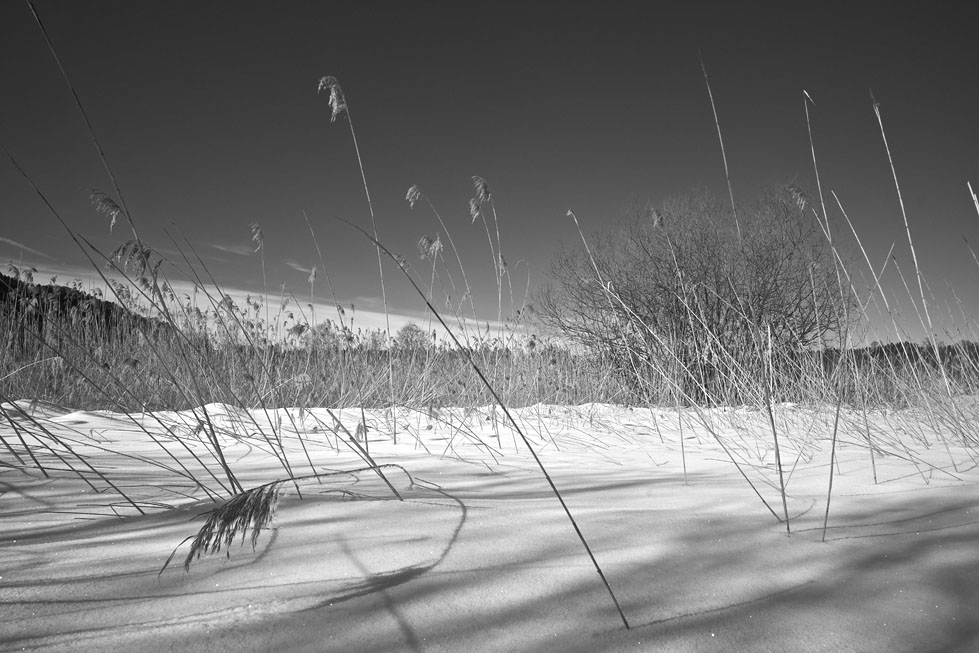 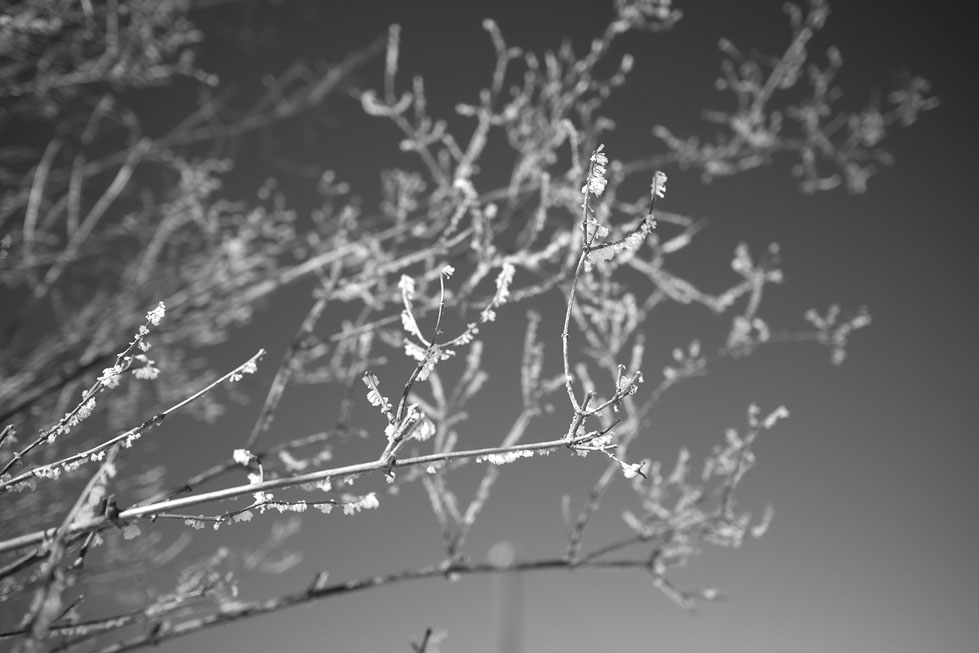 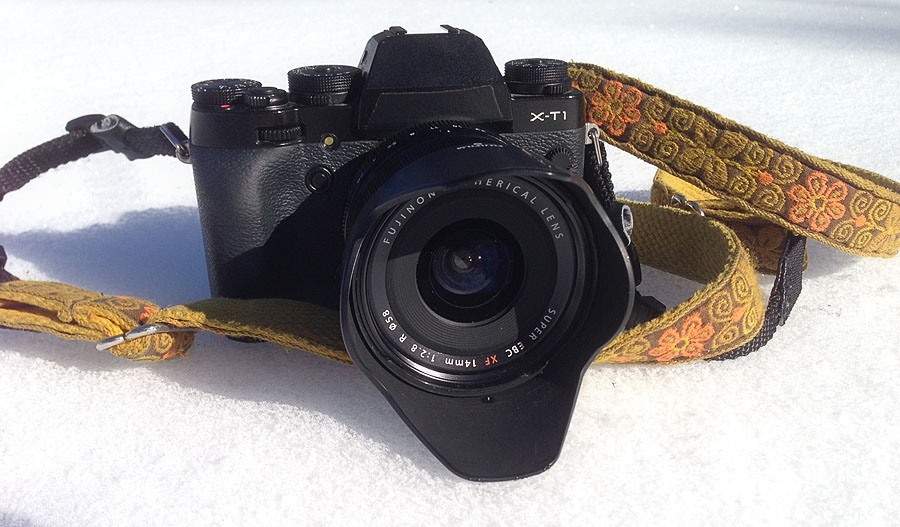 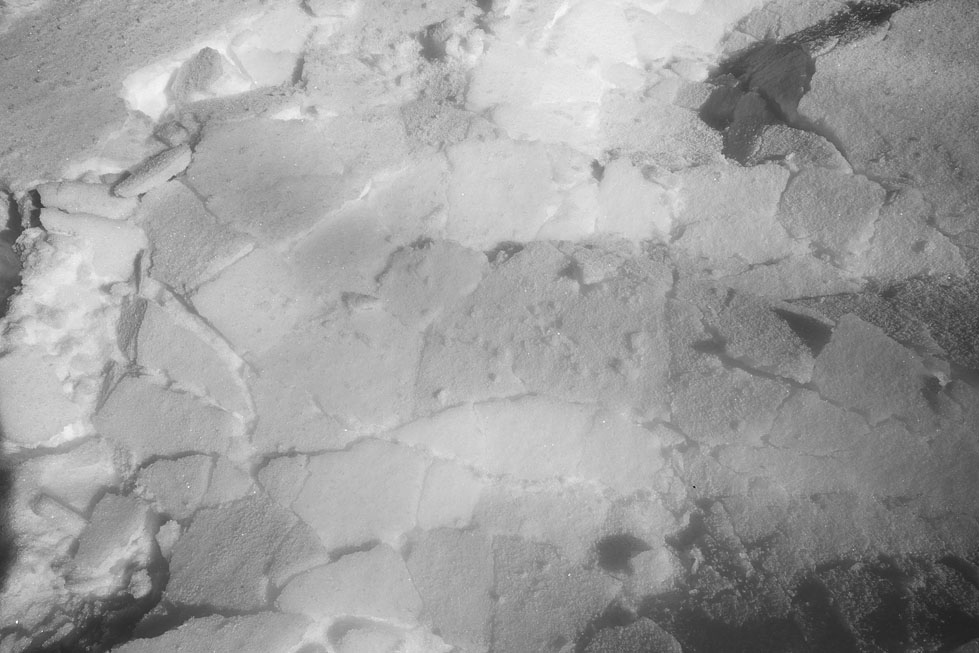 Hi Gavin, great images, wish I got to see decent snow from time to time down under.

Sorry to be a stickler for details but the XF14mm actually gives an equiv of 21mm FOV in 35mm terms, not 18.

Btw you have very enjoyable blog, the mexico city polaroid and the Himalayas etc…
http://cabophoto.com/blog/

Thank you for you comment, yep I think I was dreaming of having 18mm equivalent at the time I was writing LOL. Hey I’d be interested to see your ‘Infra-ready Fuji’ on you blog when you have it ready. http://www.capturevated.com/series-navigation

Greetings from Salzburg!
Thank you for your complements.
Best Regards,
Gavin