I’ve just purchased my first ever Nikon sometime last year, disrupting a long lived family tradition in the process. We were a simple Canon family. Well, I am known to be ever so slightly – a bit disruptive especially in those teenager years. So why should things changes as I get older? huh

Lest, that I’ve grown up? Nope definitely not, I’m embarking on another delightful camera journey into the splendid world of Nikkor. A legend in it’s own right, for making the finest glass since 1933.

While Nikkor only brought to market their first camera in 1956 – a cloned rangefinder. While Canon was really a camera company first. It produced it’s first camera as far back as 1936. Then a few years later, some lenses in 1939. You can read what you will out those dates. Then decide how you like, about either of theses two mammoths who launched the Japanese at the forefront of photographic equipment at least in the 35mm format.

In fact at one point Canon cameras even used rival Nikkor lens but that was a long, long time ago. Nikkor is very much a lens and glass company at its heart.

Until 1950’s European camera companies dominated the market, such as Zeiss and its subsidiaries – see my article on this Why Zeiss stopped making cameras ? It wasn’t until the Korean war before foreign journalists realized that Japanese cameras and lenses were pretty awesome.

The End of Era

Nikon dominated the film camera until the advent of auto focusing. Canon succeeded over Nikon in the realm of sport photography once photographers accepted auto focus was here to stay. But before that could happen, a sport shooters had to upgrade their equipment to use Canon’s new EF mount. This was in the early 90’s. Canon’s AF was faster than Nikon’s especially with the EOS range of cameras. See my video on Canon EOS 600

If we roll back to the 80’s and more importantly Nikon. Nikon made one of the best non-AF SLR cameras ever made along with an incredible range of lens which used the same lens mount since 1957. The F-Mount is still with us today, practically all lens can be mounted on a film or digital camera with some exceptions. This is why photo journalists stuck with their beloved Nikkor glass, at least through the 90’s.

It really wasn’t was until 1986 that Nikon launched the F501. Their first auto focusing camera. The then flagship, the F3 was soon updated to have AF with the addition of the F3AF. But it wasn’t until the F4 hit the market when Nikon had a real professional offering in terms of a true auto focus camera way back in 1988.

The auto focus cameras signalled an end to a era of masterfully crafted metal bodies with their traditional layout of dials and levellers. Now polycarbonate plastics reined with push button electronic functionality. Leaving arguably the best non-AF camera ever made to the Nikon’s line of F / FM / FE and FA.

I hear you cried, how about the Olympus OM-1. This is also very fine camera, lighter in every respect to the Nikon and equally as good.

Nikon are one of the only manufacturers who have kept the same mount through the autofocus and digital revolutions. Making them very versatile for vintage Nikon glass.

I bet it’s incredibly difficult to choose a Nikon for film photography. There are so many classics to indulge in. The FE, FM and the FA. Each of these wonders also have a version two, FE 2, FM 2 except for the FA. A little about the FA later.

The FM is a fully manual metal gorgeous beast of a machine, while the FE features some electronic while equally satisfying. Diehards will argue the only Nikon to have is the F or FM. However the FE can control the shutter speed very nicely with it’s centred metering 60% and 40% rule. Which still works to this day very well. Many photographers of the day had a FM and a FE. 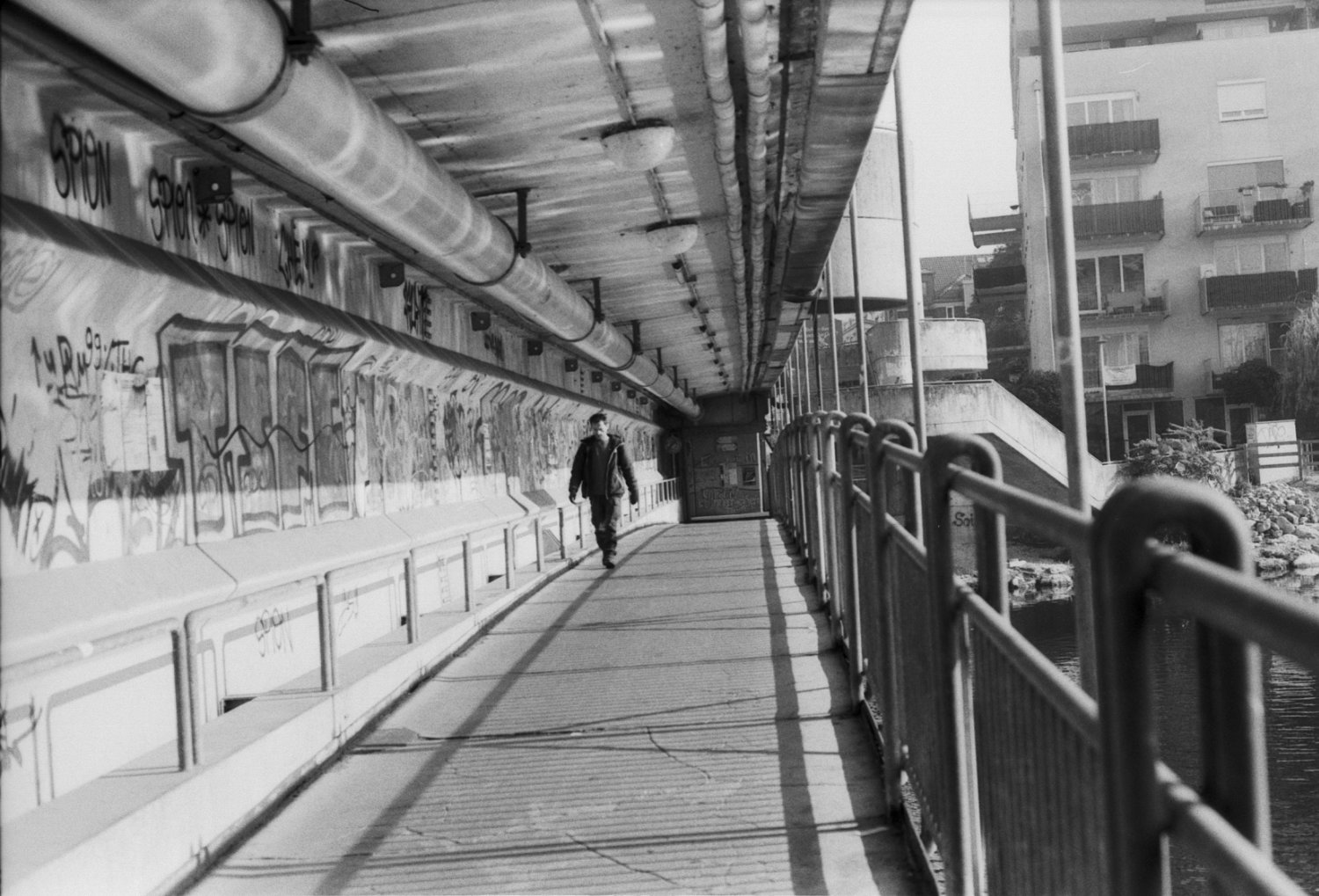 The FA on the other hand is blessed with Matrix metering and a lot more smartness. The ‘A’ stands for advanced. Let me say right here and now, any of these cameras from Nikon are in the own right flipping fantastic! But the best part is how inexpensive you can pick one these lovelies up for. For at least less than hundred euros. However do stick with the FMs, FEs or the FA.

There is the FG it’s lighter and cheaper if you are on a budget but do avoid the EM, it’s kinda nasty plastic thingy. There’s a good review regarding the FG it you are interested, but for me I’m stick to the big F’s

The reason I went for the FE over the FM is simply I like little automatic-ness when street shooting. If I see something in a split of a second, of course there’s no AF in any of these metal cased beauties. But I guess you aren’t here for that. If you need AF, then it’s off to the F3, F4, F5 etc which are splendid cameras too. The FE features aperture priority, so lock the camera to a suitable aperture and shoot with zone focussing or manual focus. It’s one less thing to worry about!

Some lenses to consider with a Nikon camera

After my initial purchase of the Nikon FE, I actually went on to purchase a Nikon FA. Now I’m considering purchase an Auto Focus Nikon SLR which by the way are really inexpensive and quite easy to find. A matter of fact there are so many Nikon’s to choose from, I can understand the task to choose one ever so daunting.  Probably the reason I wrote this post in the first place to clear or least bring some understanding to new comers to the 70’s – 80’s offerings from Nikon. Either please post your comments or feedback down below, love to hear your story.