Wow I managed to pick up 8 packs of 667 Polaroid pack film which had expired way in 1998. So without hesitating a guess I reckon that’s about twenty year ago when it came off the production line.

A Wee History on Polaroid

Both Integral  and peel apart film are sadly no longer manufactured by Fuji or Polaroid. Except for Fuji Instax which isn’t compatible with any Polaroid camera . It doesn’t really count in my book. Which leaves just the Impossible Project that is now producing Integral Film from SX and 600 series Polaroid cameras. I’ve seen good stuff done on it, but I do love the excitement of peel apart. Plus you can do more stuff with it. Like for example lifts and transfers but that’s for another blog post.

In fact actually Integral film was first produced in 1972 and my favourite, peel apart in 1963 by Polaroid. There’s even an older Polaroid roll type film which was invented 1947 by Edwin Land. Hence the name Land Camera. Oh did I forget to mention he also invented the 3D movie back in 1939. Clever guy huh? 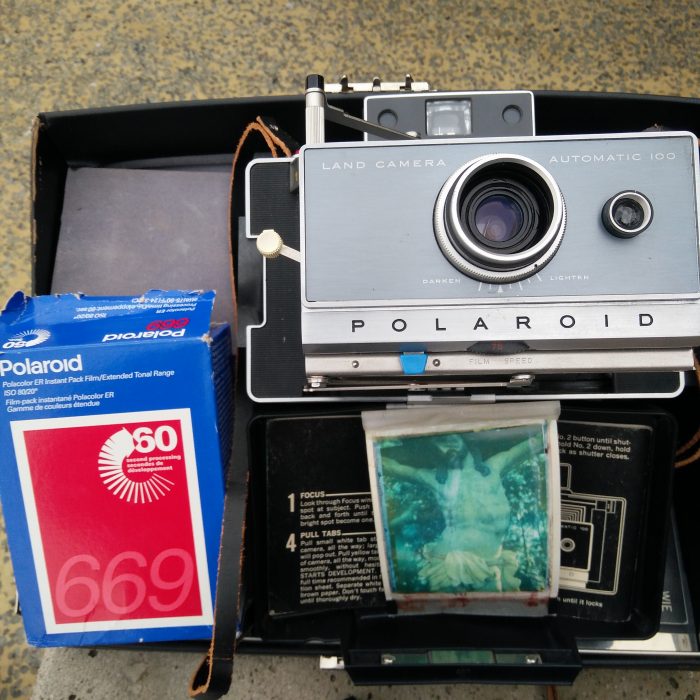 So back to the present, where these old neglected Polaroid Land Camera still exist. Their vinyl bellows and quirky viewfinder still need love or at least film to live.  They are very much starting to rely on out dated film. While there may well be stock of Fuji peel apart to be had. These packs will start to expire next year in 2018. Now is definitely the time to buy that fridge for film and start hoarding!

Onto the seriously expired film, “what is going on with this film!” I have to ask myself. It lacks the red color, sometimes bit of the picture are missing. It really is a surprise to see what you get. There’s streaks and gooey brown stuff sometimes left on the prints. But it’s awesome when you get it right.

I’ve been experimenting with the packs over a couple of weeks. I keep the stock in cool storage in the keller. I must admit so far it’s quite additive using this stuff! – I hope I don’t ran out soon! 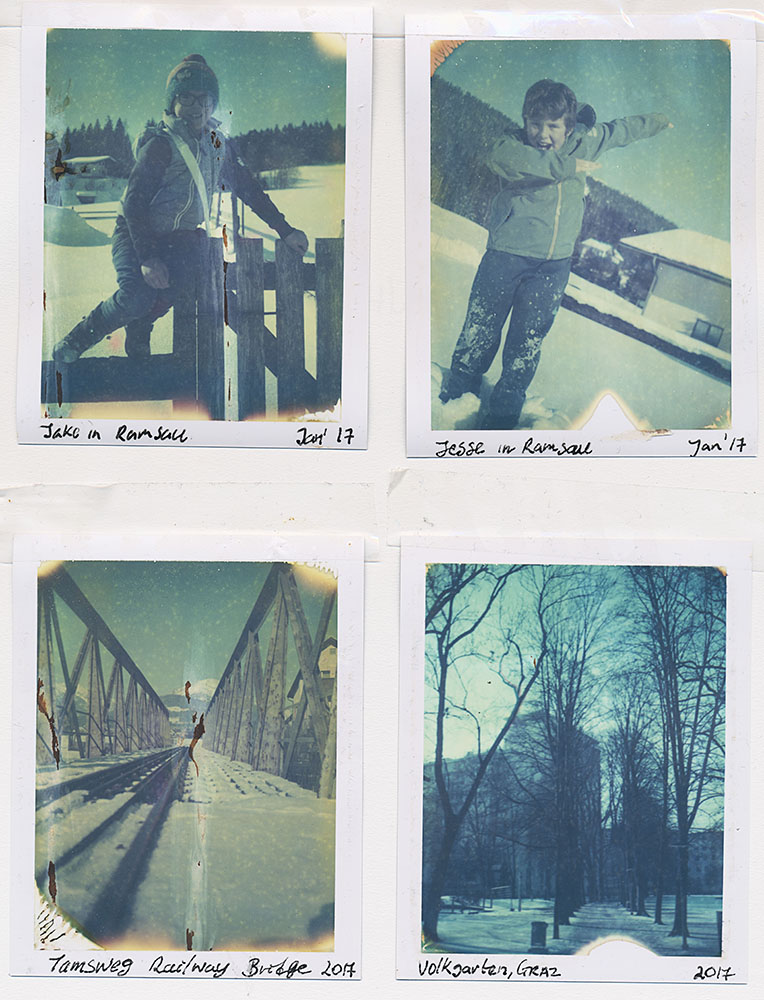 The above Winter selection images where taken with my Automatic 330 Land Camera in very cool conditions, -10 to -20 degree C

I’m passing on the knowledge of what I’ve learned. Putting together some tips from the experience shooting with expired Polaroid film over the last few weeks.

These are some of the results I’ve had with the Polaroid 669 expired film using my Polaroid 100 Land Camera with the portrait lens kit.

How to buy expired film? from Polaroid