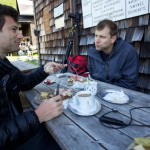 “Speckbrot” for breakfast once the dawn photo shoot was over. We were up for a least 4 hours already starting around 4-5am. We had a day’s work done already, while the hikers had finished and headed off, we sat around enjoyed the morning.

With all the camera equipment lying about around the table, on the table, we were asked strange demands but none about photography! The first request for a band aid with special padding in the middle, Andreas and Herbert had an impressive supply of first aid with an array of plasters – quite something but nothing to satisfy the guest’s predicament. As bizarre as that was we let it pass until the next question arose from a worried walker. When his walking pole wouldn’t adjust correctly. 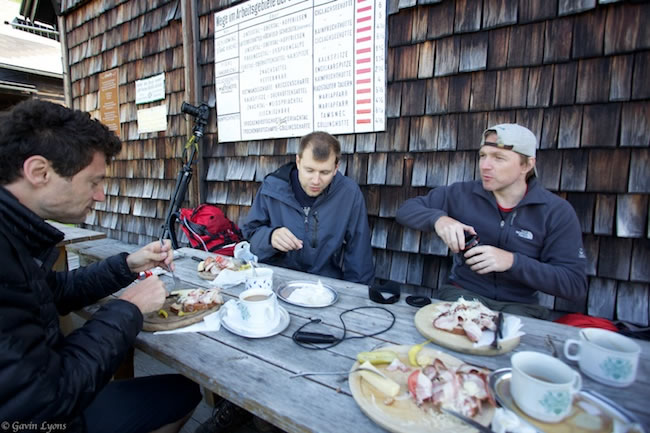 So with a bit of force I pulled it apart for him. I had hoped that was enough for him to figure it out and repair it himself. Alas no, Herbert an engineer studied it and explained to him what the matter was with the stick. After quite some consultation the walker accepted the fact his stick was no more usable. So not a single camera question at all!!! 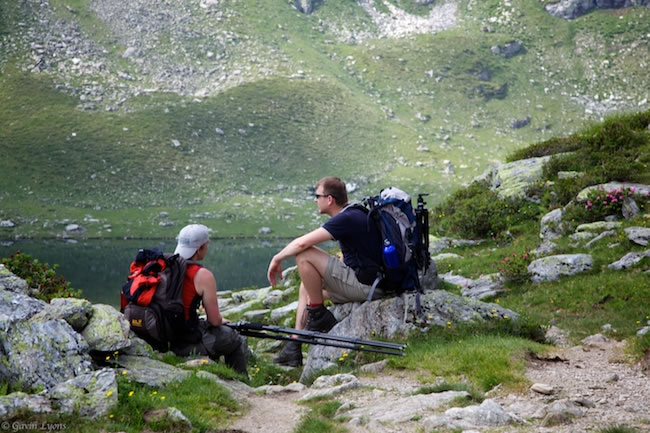 A well deserved rest for Dietrich and Andreas with the prospect of Apple Strudel only around the next bend.

Andreas setups a shot to capture the well composed stones across the brook. 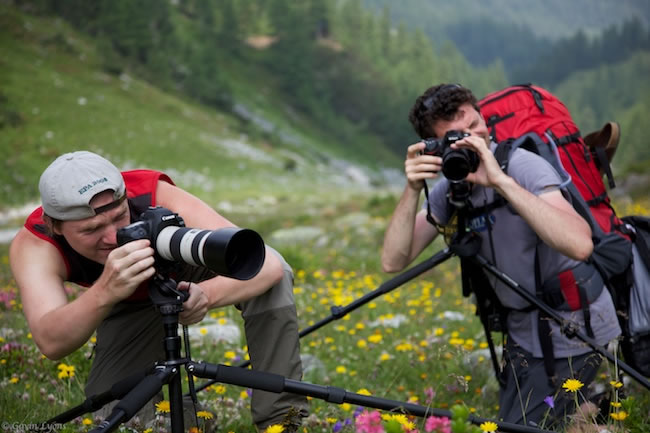 We stopped again, I was in the way as Andreas and Herbert shot across each other with consideration however I wasn’t that considerate. I turned around to capture this shot in the moment as Herbert waited for me to move. 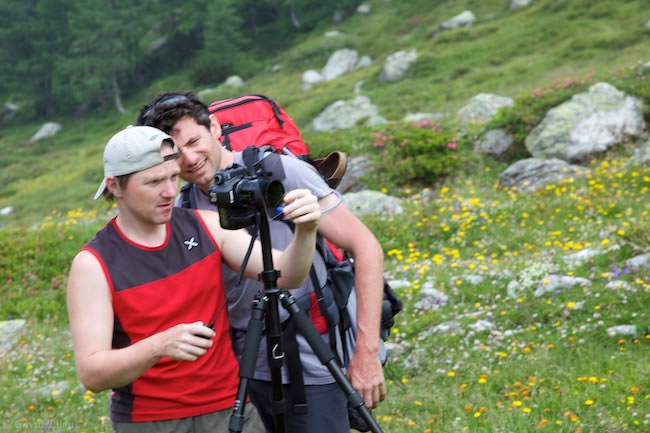 Andreas holds the grad-filter across the lens to darken the corner of the sky to balance the exposure as Herbert takes note. 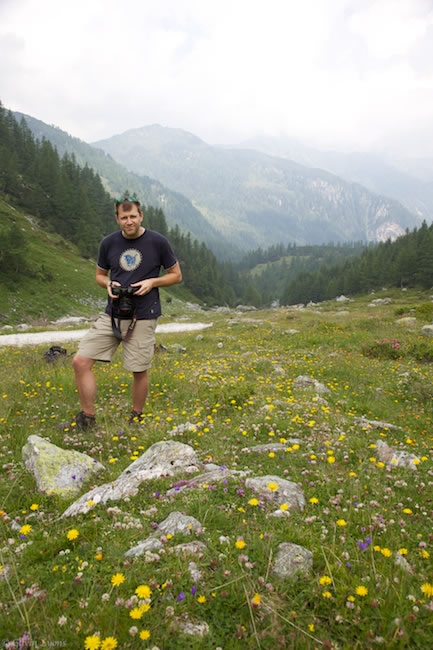 The mirror in Dietrich’s original Canon 5D came off, we did attempted the night over in the lodge to glue it back on. Unfortunately next morning the mirror came off again.  Nonetheless he did manage to capture a really nice abstract before the whole fiasco occurred.  While it didn’t stop him grabbing a few images with Andrea’s Mark II. 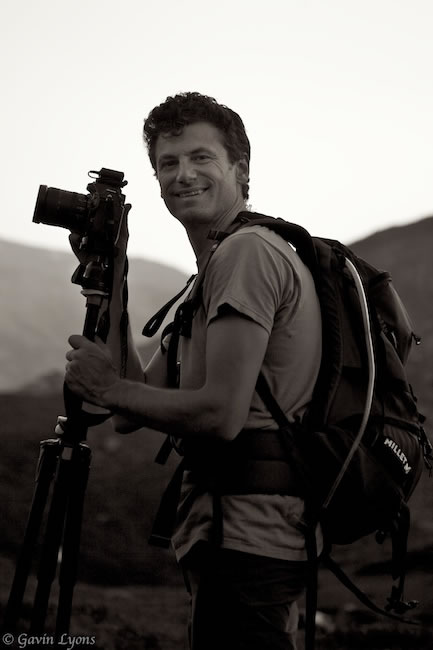 Herbert checks out a shot with his Nikon D300.

One from the ‘Drama Queen’ – a specially modified Camera for Infrared.

What a lovely compilation of shots and story about the trip. Thanks Gavin for doing that so that everybody can see the great fun we had. See you soon …

Thanks Gavin! A very nice story that portrays the event well.