The Klafferkessel is an area of stunning beauty, with many lakes, mountain peaks and valley vistas in three different directions. Situated at staggering 2300 metres way above the tree line and leaving the day tripper’s hiking paths below. To be clear, it does require a considerable amount of effort to reach. While timing is crucial in the season to approach it. It is really only accessible for 2-3 months of the years. Between the snow melting and before the first snowfall usually in mid or early September.

“Der Klafferkessel” is found on high plateau which lies between the two mountainous high valleys. The rear lower valley – the Riesach valley and the Steinriesental valley. While the other valley – the Lungau Lessach valley. The Klafferkessel is a protected nature reserve. Made from a former glacier floor and consisting of two interlocking karen with around 30 smaller and larger mountain lakes. Some of these wee lakes are still well frozen even into the late summer.

The video – more of a short film was shot on my mobile phone (OnePlus Nord). But don’t let that put you off, these days video on phone technology is expectational. Main reason was twofold to save weight and concentrate on photography.

The short film covers our hike in the beautiful mountainous area of the Tauren situated in Steiermark, Austria. The incredible scenery and of course our main goal and subject the outstanding Klafferkessel.

We had decided back in May this year that our goal, Georg and I would go to the awesome Klafferkessel. Making a landscape photography trip and a serious hike to boot! We’d carried up our Bronica medium format film cameras. Its lenses, a zip lock bag of film, both colour and b&w, a camping stove, sleeping bags, food and tents to make an overnight stay. Everything was plan and thought out, until we setup base camp.

That is when we came rather close to a minor type disaster. After discovering the gas canister and gas burner weren’t compatible. They basically didn’t click or fastening together. This we found out at 2,300 metres. Just after we set up camp in the evening. Keep in mind, the nearest place to eat was about 2 hours hike away.

But with a bit of clever engineering thinking and some brutal force, or actually pressure in our case, with the use of a large sized stone – we managed to cook noddles, some crappy coffee and even a chicken curry too! Major panic was avoided. The entire incident of course was captured on video and features in the YouTube movie we made about the trip. Definitely a memorable experience. This was a relief for after such a long day with the temperature falling rapidly as night fall approached.

Now that the tents were standing, our stomachs plenty feed while the light began to fade. It was time to sleep on mats and inside our feather down sleeping bags. The temperature in the night was a mere 9 degrees Celsius.

In the morning,the coffee was made with the rock method we discovered or invented from the day previous. Muesli was made and we were set. However the weather had changed. The change meant a switch from Fujifilm Pro 400H Colour to Ilford B&W film to capture the daunting mood of the mist and fog. To be honest, I enjoy mono more for landscape than colour. Probably something to do with the shape and structure of things. As photographer I’ve always seen that way, for colour I need to work harder or least switch my brain over to colour composition and the like.

The Klafferkessel is a lake district and is located in the Schladming Tauern region at an altitude of around 2,300 meters.

This landscape will no doubt, leave a deep lasting impression. It is characterised by rocks and crags, with lush green moss mats in between.

The Klafferkessel is also surrounded by some impressive peaks:

Part of the Schladminger Tauern Höhenweg leads through the Klafferkessel – the path from the Gollinghütte to the Preintalerhütte .

Thinking about a title for the next YouTube video, is quite a task. I mean, I would like it to be meaningful. However to engage with as many viewers as possible, you need to include search words and other trickery such as “Top 10 facts… etc..”. Now, I really don’t wish to do that for this video. I’m preparing the video, actually a short film which will be the journey to the Klafferkessel with the Bronica medium format camera. 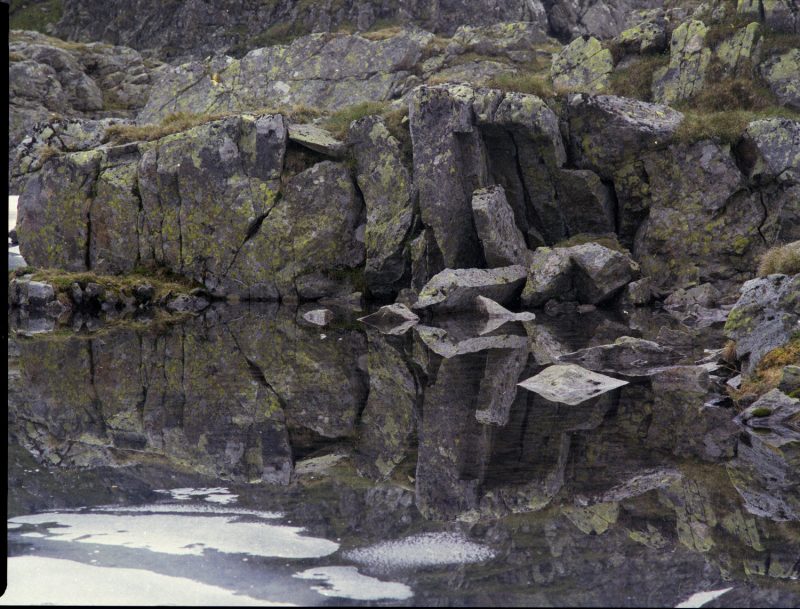 The title, should it be “The Klafferkessel on Film” ? well that would be nice but I guess I’d get bugger all views.  Sadly a title needs to start with a product name, ‘The Best …’ or ‘Top 10 tips…’  that’s reality we live in. So the title will start with ‘Bronica ETRSi ….’  Then maybe continue with ‘ – All Time High! The Klafferkessel’  It takes time to think about such things.

Images for FujiFilm 400H were developed by plusfoto.at. 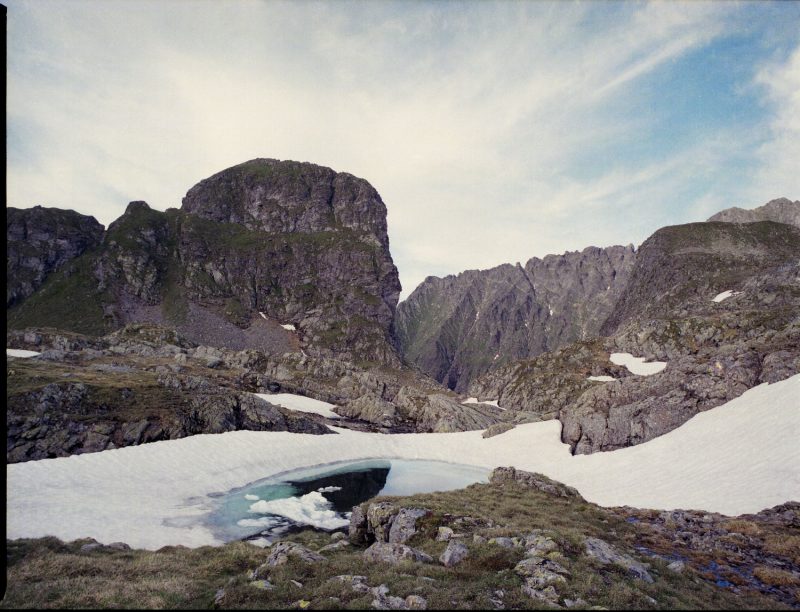