10 facts about the Minolta SRT 101 and Fomapan Images 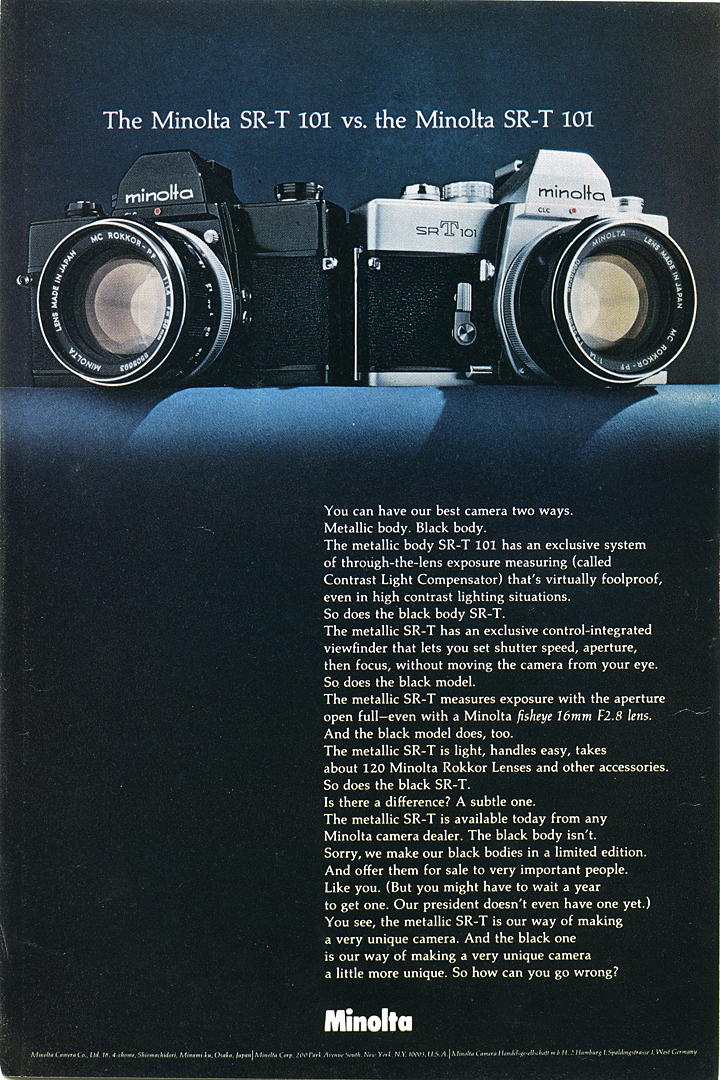 If you rather listen to the facts, here you are:

Bob Janes has done a good review about the SRT101 on Hemish’s 35mmc.com website.