A trip to Sicily should never be a short one. Especially when you encompass the food, culture, its people and of course the landscape. A straightforward plan to relax, enjoy and travel along with photography as always. Accompanied with the new Fujifilm XT-2 and a couple of short fixed focused lens not to slow us down. The itinerary was to cover some of the Aeolian Islands and the mainland over a two week stretch. After a long way into the early hours of the next day the trip had entailed – Graz to Vienna, Vienna to Rome and Rome to Palermo with the usual drama and chaos that every Italian journey brings.

What I mean is, of course the plane was delayed with the possibility of  strike action in the air (pun intend). Nothing new I heard you say. Well as I’ve learned you can’t have a trip to Italy without some drama involved, it’s just unnatural or at least not very Italian. 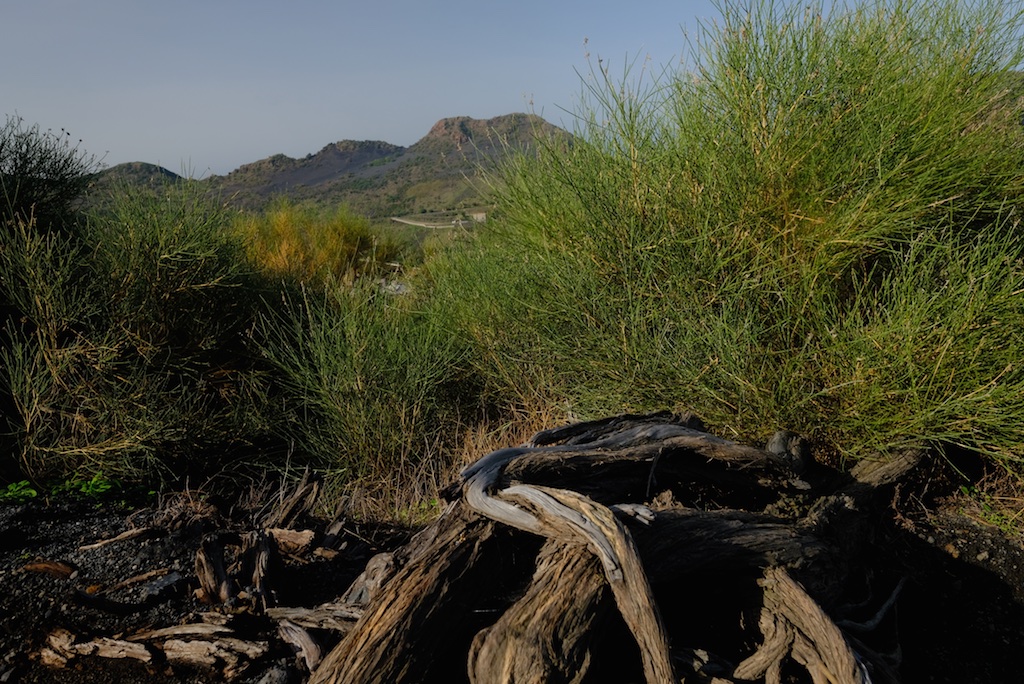 Once finally settled and rested from the extra long haul to the isle of Sicily, it was back on the road once more or should I say the rail this time. Riding the blue and grey regional express train to the port of Melazzo to catch the ferry and to catch some much need sleep in between too. Having convinced ourselves that it wasn’t a plane, bus or train to continue on and not to give up on the entire affaire. It was just another hour extra to across the water and around the Aeolians. The last leg of the trip was on a Hydrofoil via Vulcano and Lipari with the final stop, Salina. Finally!

Salina features two large mountains and is quite greener than other islands. Salina was our base on Aeolians. However Salina I’ll cover later below. So onto Vulcano. The island which gives us the word Volcano.

It was time now to shot with Fujifilm XT-2. I had the 14mm lens (equiv 21mm) which at first I wasn’t sure whether I would  like it or not. I just don’t shoot so wide normally. While on the Canon side of things, I’ve always enjoyed the 24mm Tilt Shift. 24mm is a lovely angle for landscape.  However the results from the Fuji 14mm speak for themselves. This little gem of a lens is not only great to bring along due to it being light and compact, when compared to the full frame lens of course however it is really great for landscape work. The lines are straight when the subject is aligned up to capture on head-on. Also close ups become interesting to. I found very little if any lens flare. The contrast, accuracy of colour and sharpness make this lens a joy to use. Definitely worth its passage on any photographic travel trip.

The hike to Vulcano’s main crater which has still was activity. I believe the last time it erupted was back in the 1890’s covering over most of the villages and houses of the island.

The magnificent view on top of Vulcano over to Lipari with Salina in behind with it’s two peaks. Such a picturesque panorama encapsulating 360 degrees of sea and rugged nature. The first highlight of the trip. Just wow!

Standing on top looking down into the Vulcano’s crater below.

To give an idea of scale of the crater, see the size of people on the rim above in the picture just illustrates the shear width and diameter.  After Vulcano it was back to Salina. Hiring a Vespa to travel around the island’s curvy coastal roads. Then across the island between the foot of its two mountains for the sunset.

The villages feature old painted colours made into pastel tones by the heat of the summer sun which now crack under the cool temperatures of winter. I do most enjoy these kind of textures in wood and walls. There is something simple and yet special about making such compositions with this type of subject. I can’t resist.

At the end of the Island of Salina lies the cliffs and of course a place to say goodbye to the day as the sun sets down into the glow of the horizon.

The expedition on Salina was now over, a stop off on Lipari then onto the mainland of Sicily.

The Fujifilm XT-2 with 14mm lens turned out to be a really versatile lens for island travel.