It’s that time again in Austria where the demons from the Alps become alive. Well at least in fancy scary dress! It was late Sunday evening all I had was the wee X100 Fuji. I was not expecting or had I planned to see the Krampus parade. Usually the experience I had previously in other part Austria wasn’t something to write about or photograph. However the main street of Graz, Herrengasse was all cordon off for the phenomenal impressive Perchtenlauf.  What a show. Bizarre, crazy, freakish and fun at the same time.

The word Krampus originates from the Old High German word for claw (Krampen). In the Alpine regions, the Krampus is a mythical horned figure represented as accompanying Saint Nicholas. Krampus acts as an anti–Saint Nicholas, who, instead of giving gifts to good children, gives warnings and punishments to the bad children. Traditionally, young men dress up as the Krampus in the first two weeks of December, particularly in the evening of December 5, and roam the streets frightening children and women with rusty chains and whips and bells. This figure is believed to originate from stories of house spirits such as kobolds or elves. – Wikipedia 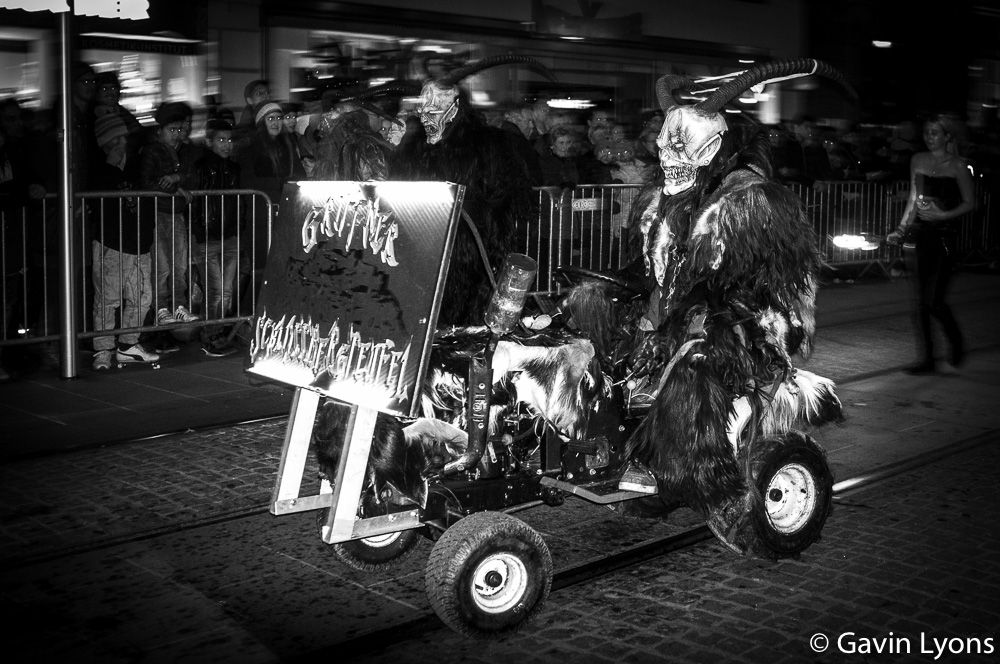 The procession featured fire eaters, a lot of noise from bells and anything metal that could klang. 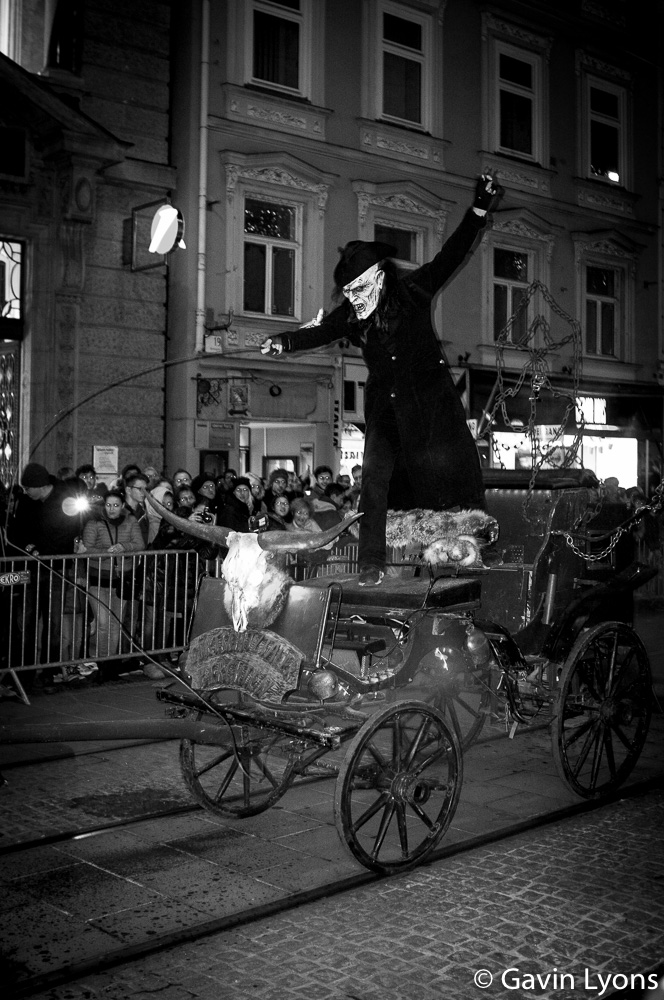 The Krampus coachmen above feature metal music from the generator and speakers at the rear of the carriage.

The Krampus would run from one side of the street to the other, to scare and to shock the viewers behind the barriers with their sticks brushes. 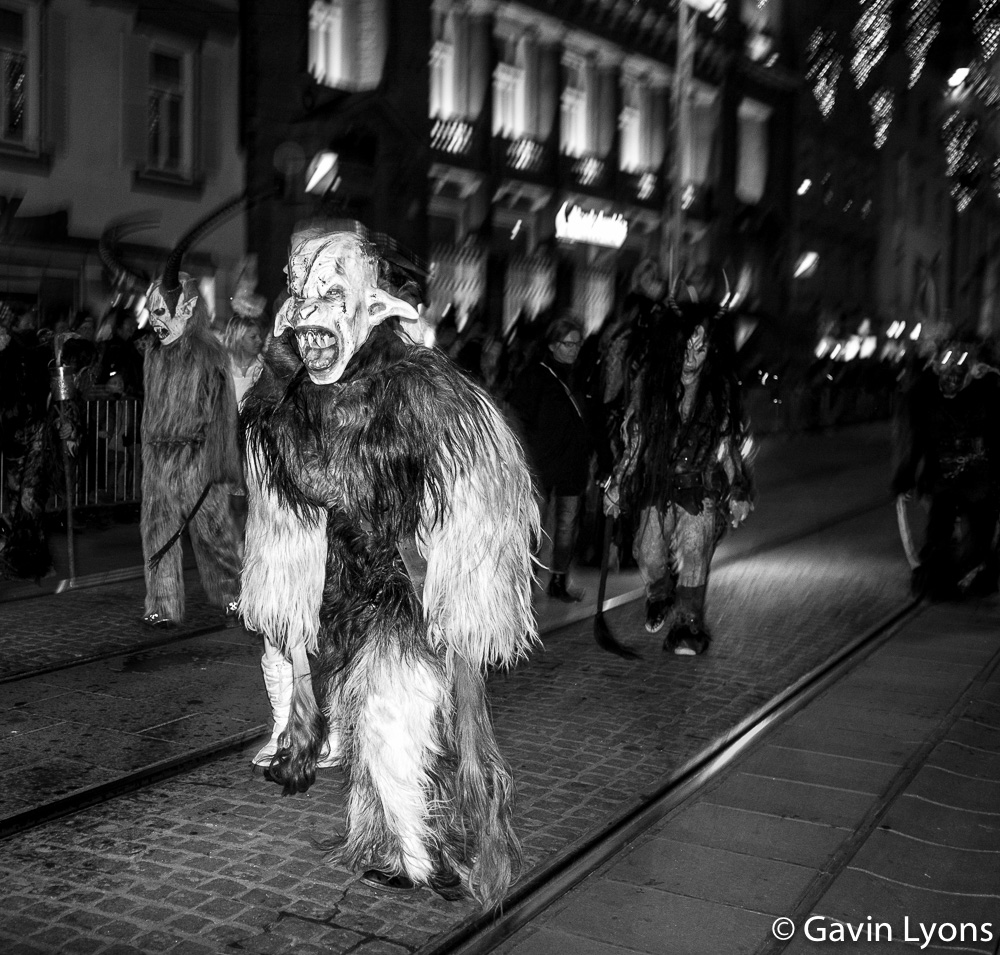 Ugly and terrifying with big teeth and large horns.

Some would pose too at time! 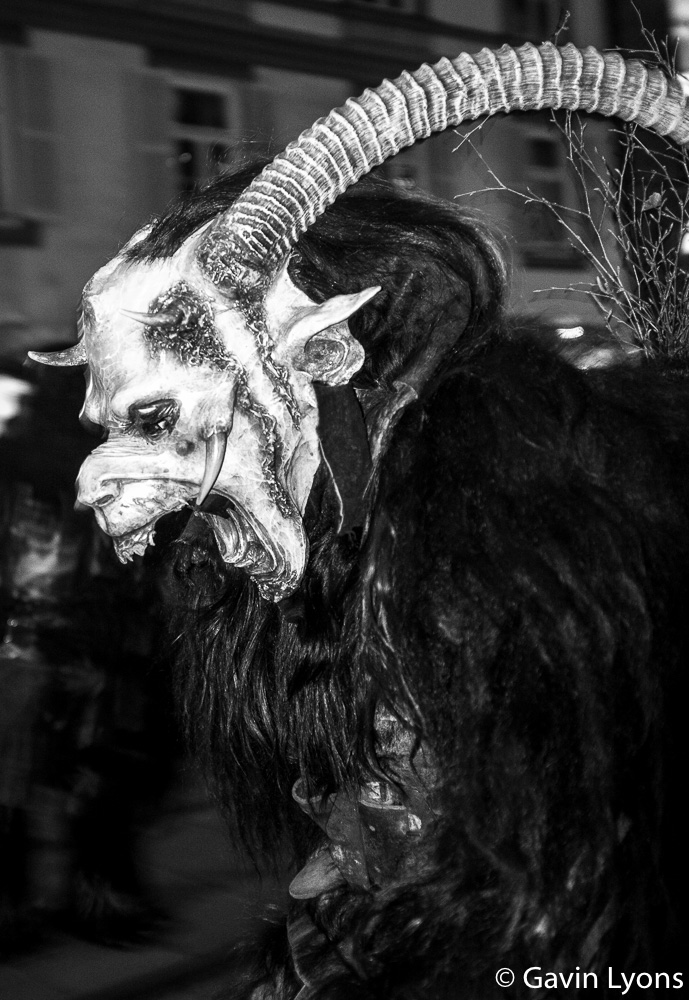 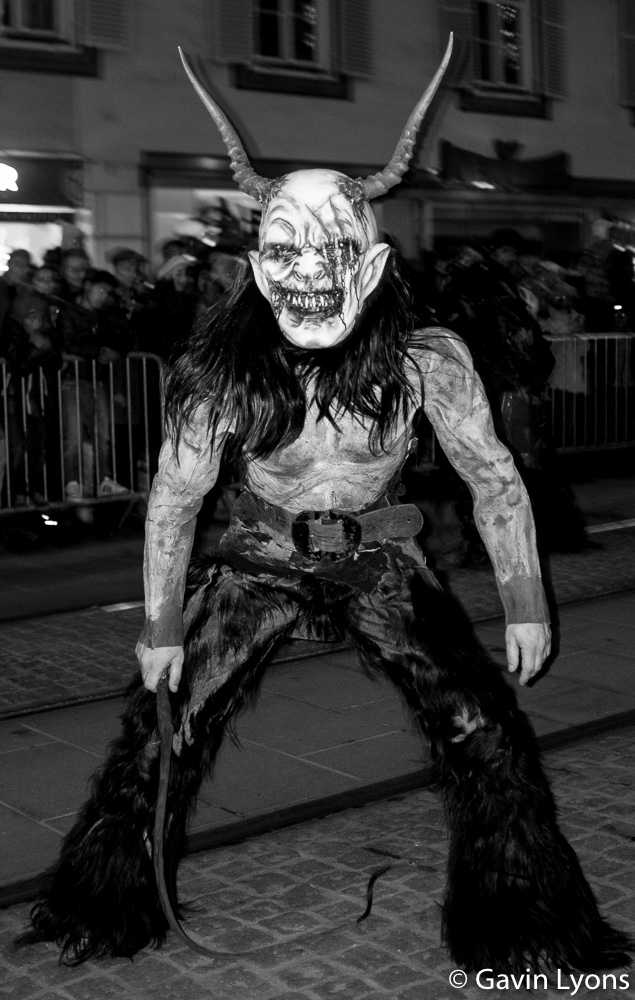 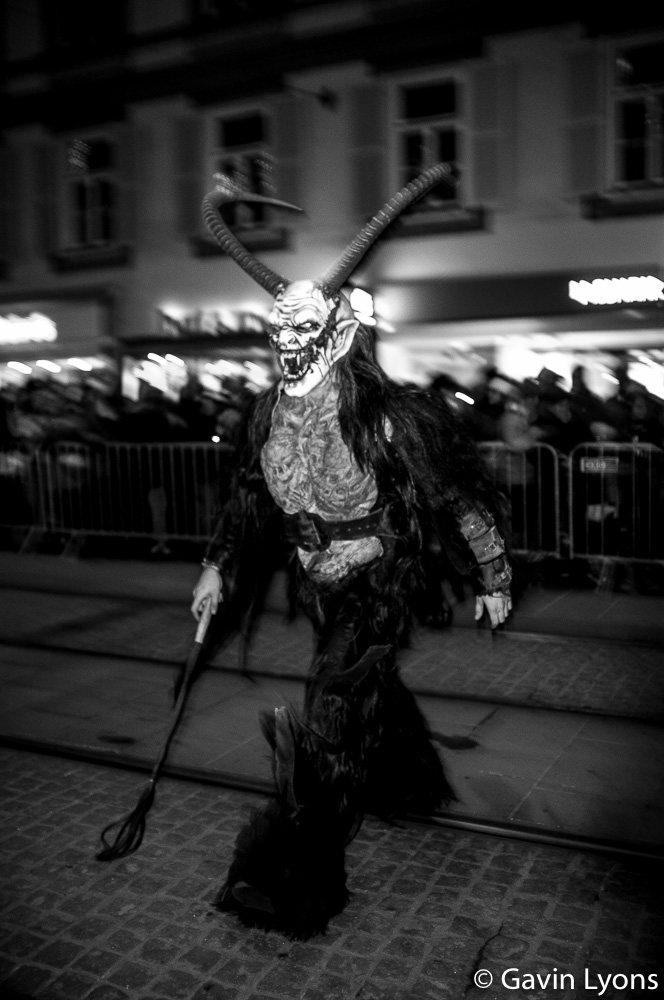 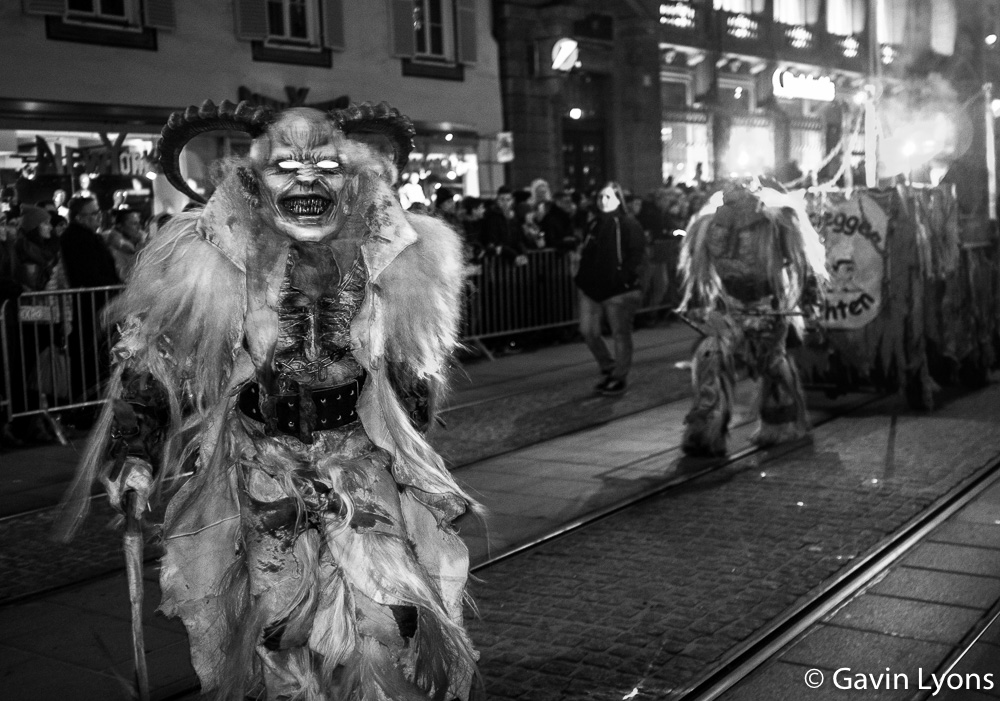 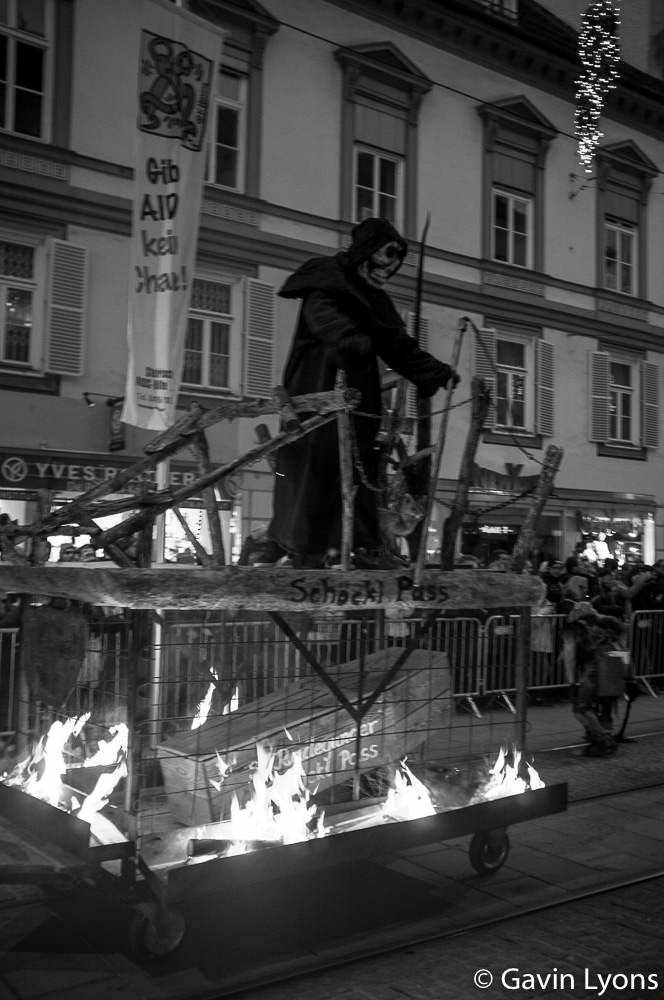