The darkroom is for one, I believe the ultimate escape if you are a photographer that is. Whether its a she-shed or a man cave, once the door is firmly shut and sealed, it’s just you and your art. It gives you focus – pun intended. Just remember, no touch screens can be used in the safe place. There is a certain purity and simplicity. Digital technology has no meaning here. Everything is touch, feel and in your hand.

It is a quiet place. No one can disturb you if you are “blacked-out.” It is you and your art: nothing else. It is a place where you can really concentrate on what you are trying to convey in the picture. What is more, you are in full control of the environment.
Frances E. Schultz

As I discover more and more about this rather utilitarian enlarger – The Meopta Magnifax 4. I realise it is well loved and respected. Initially I bought it on a whim mainly because my friend Georg was searching for a beginners enlarger. I was trying to help him out. I had suggested the Meopta and sent him the link to the advert. It was around 150 or 160 euros, way below the current prices roaming around eBay and the second hand market.

After a couple of days I asked him about it. At the time, he had his heart set on a Durst or Kaiser. He was looking for something a bit cheaper to start off with as he hadn’t venture into this direction at all. He did ended up purchasing a job’s lot with a stack of Ilford papers, massive trays, a Durst enlarger with a Kaiser timer. But ironically both the timer and enlarger were broken and beyond repair. The saving grace was the papers though and the massive trays to develop 40×50 prints. These are hard to come by, so all was not lost.

I read more about the Meopta enlarger and decided to purchase it from Hannah somewhere near Vienna. For some unbeknown reason to me, I hadn’t asked anything about the enlarger until I had already purchased it. Then I thought to myself – well that was a bit silly. So I asked were there any accessories included. She initially said, there were none and that was it.

On reflection I thought well there goes 150 euros plus shipping. Probably defected and beyond repair and missing what’s important – those essential negative masks or a glass carrier. If you are purchasing any enlarger ensure that the masks you need are included. I needed 35mm, 6×6 and 6×9.I hadn’t a need for 6×7 but it does have this option too.

Then a few days latter while my seller prepared a massive size box to ship the enlarger as it quite a beast and has some shear weight to it. She had found some extras. I was delighted. It appeared to be a 6×6 and 6×9 mask and mixing box for the colour head from the image she had sent me (by the chat option on the mobile app).

Possible Issues with the Magnifax 4

I was relieved but wasn’t out of the woods just yet. Maybe the transformer for the halogen bulb which is the light source for the colour head or the variable contrast head in the enlarger is broken. Maybe the bulb is broken and hard to find. Researching the voltage and type of bulb for the light source proofed to be useful and was nothing to serious too worry about if one or both would fail to operate. I could pretty much could easily fix them. Another issue concerning the enlarger is the column gearing. The cogs are made out of plastic and do wear away over time and use. However again there is a solution for that too albeit a 3D printed part but feasible nonetheless.

Bare in mind, the seller seems only to sell antiques but the condition of the enlarger looked good. These enlargers originate from the former Czechoslovakia and do have a reputation of being sturdy and solid. So I waited and waited for the enlarger.

Checking the tracking link nearly on every half hour out of excitement. Some bank holidays came and went in Austria. It was early December. It was stuck in a grocery store in Leobendorf outside of Vienna. Where she must have dropped it off. I contacted my seller and explained things were not as they should be. I then believed or imagined she marched down there and gave them a piece of her mind. She got things moving and mentioned how incompetent they were at the Supermarket pickup. As you see the transaction for the amount depends on the shipment arriving at the other end. A nice feature of the platform I had bought the enlarger on.

It’s now about two weeks later since I clicked the button for payment. I wait merrily for my pre-Christmas darkroom present. It should arrive today, the 15th of December.

The afternoon had passed and the evening left us without a giant parcel at the door. Thinking if the enlarger had grown four legs in the meantime I’m pretty sure it would being able to crawl here to Graz much faster than the current delivery schedule! Let’s see what tomorrow morning brings.

Of course, while all this has taken place I continued to learn with my trusty old friend, the 606, the Durst. Using Ilford grade filters in its filter drawer, I managed to achieve results from split grading printing. Plus brushing up on some dodge and burn techniques as well. Oh, I’ve even got to do some toning with selenium, 1:20 ratio. Quite nice indeed. These final prints have been framed and wait readily to be wrap as Christmas presents.

Although I wait hesitantly for the arrival of the Magnifax. It’s now the 16th of December. By this time mince pies and other goodies had arrived from Ireland. Mince pies are scare like Durst enlarger condensers but that’s another story. An email in the indox, says to expect a delivery from 08:00 to 17:00 today. mmh I’ll believe it when I see it.  So I checked their map tracking app which shows a reindeer instead of van – very festive. Things are starting to make sense now concerning the lengthy delay. I guess reindeers are in high demand at this time of year. I better prepare some water and leafy greens for the poor creature. It did have long journey with such a heavy load. The Meopta Magnifax 4 weights over 20kgs.

It arrived, 6×6 and 35mm masks seemed to be included along with a glass negative carrier – the one with anti Newton rings.

A surprise to me, was also the included B&W condenser head. I hadn’t expected that. I was now the owner of two glorious enlarger heads for the tall Meopta! – Happy days.

Concerning the B&W condenser head. The light source is a opal tungsten type bulb and requires no transformer. It is is a double condenser system. A large condenser is permanently installed in the device head, a second condenser is insert. The standard affair is the 6×9 condenser. Of course the optional 24×36 condenser would direct light more into the centre in turn reducing exposure time for 35mm film but is not necessary. You can also print all formats in the configuration for 6×9.

Just like the mixing chambers for the Meopta colour 3 head. However most darkroom folks leave the 6×9 mixing chamber inside the colour head as it will facilitate for all formats of film up to 6×9.

Just to note the colour head fully raised all the way up, makes the total height of the system around 120cm. While the B&W condenser is much higher at 138cm. So if you are tight on height in a basement then the colour head is the one to go for.

The other head the MEOGrade which is dedicated to B&W photography is very difficult to come across. However the colour head is well capable of doing B&W contrast grading, so don’t worry too much about it.

Meopta was a company from the former Czechoslovakia. Its roots can be traced back to the year 1933, when it was Optikotechna. Initially, Optikotechna produced lenses and condensers but quickly expanded its product line to include enlargers, composite lenses, single optics, binoculars, riflescopes, slide projectors and of course the well known Flexaret TLR cameras.

After the war, the company was renamed to Meopta. A number of new and exciting products were designed and developed which helped to establish quickly an excellent reputation for the new Meopta brand through out the world.

From 1947 to 1970 Meopta became one of the biggest enlarger manufacturers worldwide and the only cinema projector manufacturer in Central/East Europe.

The Magnifax 4 I had purchased, I believe is from the 90’s
Source http://www.meoptahistory.com

10 Top Facts about the Magnifax

If you manage to get the color head you will need this table to convert the filter settings for contrast grades. (It’s also included in every pack of MG paper Ilford manufacturers.)

The Meopta lens such as Anaret 105 that comes with the Magnifax are in fact well made and is an excellent lens.

This is common to most manufacturers five or take 5mm. The old Rodenstock Rodagon 80mm f/5.6. They come in a “zebra” look, are very sharp and cover 6×9.

Regarding mixing chambers, larger is better but exposure for smaller negative will be longer. For example when using the 6×9 mixing chamber for 35mm negatives. 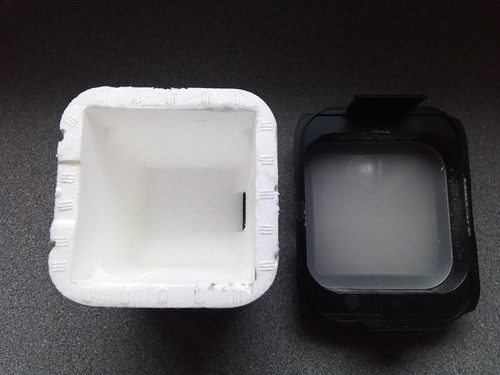 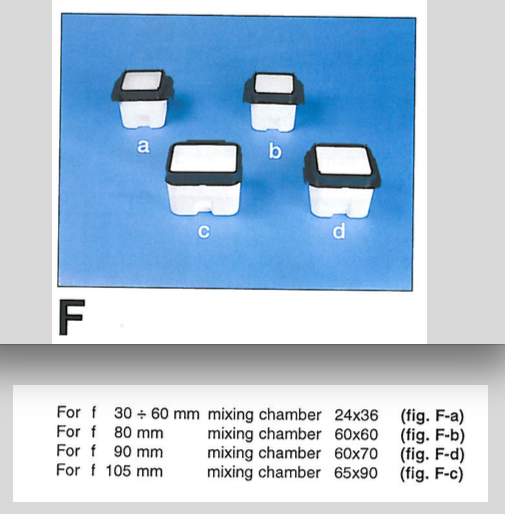 If I’ve missed something please do let me know in the comments below.