I wish to make an update to this post concerning my aging Mac Pro 2009. Previously I had documented how I went about upgrading the CPU and RAM of the classic cheese grater style Mac Pro from 2009.So last week they finally got their proverbial finger out to release the new Mac Pro 2019, cheese grater 2.0.The cost of the new beast reflects very much how Apple has in recent years lost its grip on reality. The astronomical cost in the region of two arms, two legs and each of my kidneys has very much inspired me to continue on at least another year and probably another two with my current cheese grater 1.0.

The question is can it blend and run Catalina macOS ? Firstly some much needed hardware upgrades.

Now to achieve harmony in terms of performance and usability an essential inexpensive upgrade seems necessary to be on the cards. The card actually in this case was to be a wee PCIe sled with M2.SSD module from AData. The M2.SSD storage chip and adapter slots right into the brains of the CPU bus via the PCIe. This connection gives the blazing speed benefit up to 3000 Mb/s on the newer PCIe 3.0 bus however on this occasion PCIe 2.0, the older motherboard will only get me to 1500+ Mb/s.

But in comparison to my standard SATA SSD which could only get to a read speed of about 240 Mb/s, this seems to be an incredible upgrade. All this for just about 100 notes in Euros.

The M2 SSD 512Gb I had used for the upgrade was the AData XPG SX8200 Pro 512G. You can of course use the Samsung SM951 too however the AData is at a better price point.

PCIe Slots to Use

Top Tip: Install the M2 SSD PCIe card in the 4th slot for best performance! Keep the 2nd slot free otherwise you slow your video card down to 8x from 16x. The 3rd slot I recommend for the USB 3.0 card.

To migrate from SSD to M2 SSD insert your old Apple video card reboot into recovery mode and use the Disk Utility to clone the existing SSD over to the M2 drive.  That’s easier and simplest way to do it!

I made this video of “how film to a live band” where I used DaVinci Resolve 15 to edit the video on my upgrade MacPro 5,1. I even show screenshots of using Resolve with the 10 year old Mac quite a feat!

Additionally from the last time I wrote about the Mac Pro upgrade I had also replaced the GPU – the graphic card. I had wished to go for the Nvidia card however Apple and Nvidia boys aren’t really on speaking terms at the moment. So drivers and updates seems to be omitted or unavailable from macOS’s Mojave.

That kind of sucks a bit or a lot depending if you’ve invested in such a video card. Nonetheless I sold my old Nvidia card and bought a secondhand AMD RX580 card. Mojave was now ready to play and also 4k video editing to boot.

A Metal compatible video card is an essential requirement for Mojave and Catalina. Now onto the big question concerning Catalina and the cheese grater 1.0.

macOS Catalina do really need it ?

To gripe on about Apple for a moment, it seems very clear this company has set its focus on other things and other types of consumers. Noting that the prehistoric Aperture will not longer load up later this year. Its final demise will most likely happen with Catalina Apple’s annual OS update in the autumn.

I had already moved to Capture One for my RAW photo workflow anyhow. (Nonetheless I need to migrate my old Aperture library over at some point.)

Mentioning Catalina means also that with this Mac Pro 5,1 (2009 firmware upgraded) wont be able to run the newest flavour of the fruity OS.

But all isn’t lost just yet. I could continue with Mojave and it’s most useful feature – dark mode, without a care for Catalina. Catalina apparently focuses on media, with the split of iTunes into various bits (bits of more tripe in my opinion – yada, yada, yawn).

Another Safari update – how boring. Firefox and Brave are more my standards these days. However one nugget I might like to have would be Sidecar in Catalina and here’s why…

The Sidecar feature on offer is nice if you happen to have a modern iPad at hand. Admittedly the ability to use DaVinci Resolve controls on the iPad to alter and edit on the Mac Pro would be an advantage to me. Also a few Adobe products will have a similar possiblity to use an iPad in conjunction with the desktop application as controls.But overall Catalina isn’t too important right now. But what if you’ve gotta have it? mmh

What I’ve now gleaned from Reddit (link below) as follows:The official line is :
“Mac Pro models from late 2013 (plus mid-2010 or mid-2012 models with certain Metal-capable graphics processor) are supported”. This to me is a little unclear. 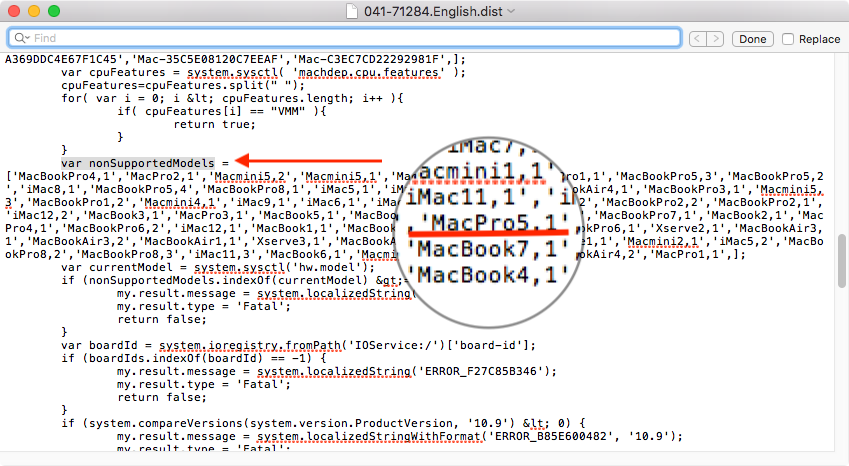 Unfortunately MacPro5,1 is listed as unsupported in macOS Catalina this seems to be soon set in stone.But if you install macOS Catalina on a drive using some other supported Mac (all my Macs are Pro Macs but they are all 2010 or older, so I just emulated a Mac in QEMU using Gentoo and installed the macOS Catalina on a drive that way), and then put the drive into the MacPro5,1, and before booting, change the MacPro5,1’s nvram to no compatibility check, and then boot into the drive — and it should all just work.

So, no need to patch — just need to flash MacPro5,1’s nvram.boot Mac into Recovery or boot into Time Machine drive, and then in terminal, type”sudo nvram boot-args=”-no_compat_check”and reboot, and boot into macOS Catalina. It should all just work.The informationhttps://www.reddit.com/r/macpro/comments/by0zfz/macos_catalina_running_on_macpro51/Running MacOS on Linux – https://github.com/kholia/OSX-KVMFor the moment this is the solution, but I’d wait until the final release and some updates before trying this hack out.Maybe in the future I’ll build a hackintosh!

For now I’m holding onto my MacPro however with M2 SSD and with a newer video card, I can easily use this part to build a hackintosh in the furture if I require more power.

But to be honest and frank the MacPro now is super duper powerful editing with DaVinci Resolve 15 so I don’t see the need right now.

AMD’s are faster but lot more risky than the Intels. Intel hackintoshes are a walking in the park in comparison Build a hackintosh!