Bringing life back to a battered old box called the Clack. I even gave my girlfriend the Clack she loved it! Yep that sounds weird as funny as the Agfa camera itself!

I’m not a collector of cameras, if anything I do enjoy getting them to work and use them for a project or just for fun and frolics. There’s plenty of videos about loading film and showing how the camera works. But unfortunately not too much in terms of articles how the results and experience was.

Here’s a selection from the first roll of Lomography film I’ve used and developed by myself. Oh and I have another 2 rolls to develop this weekend! 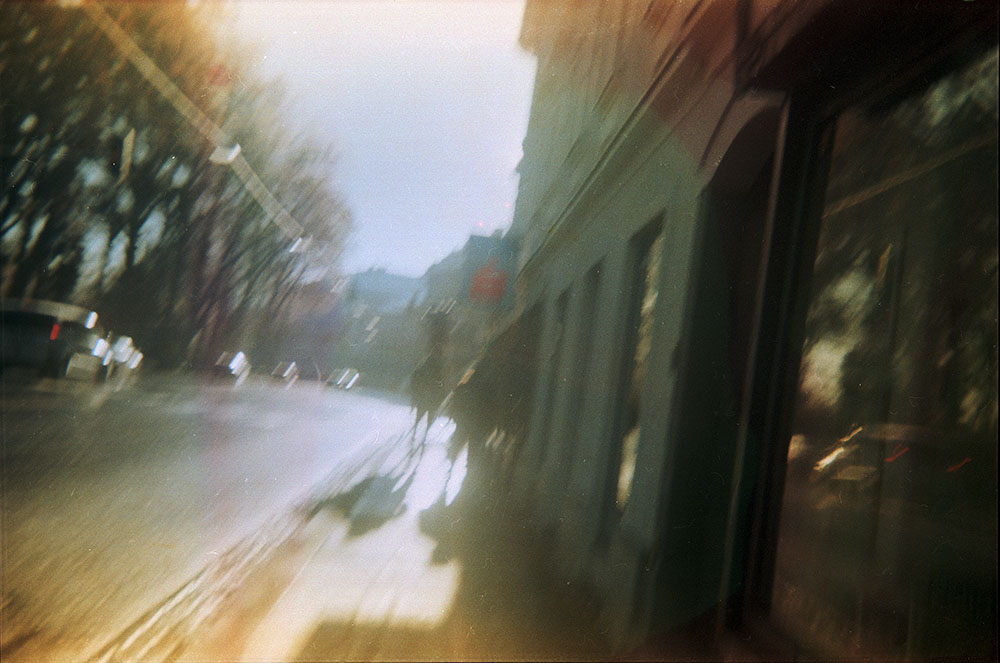 Technical speak: So a little bit about the Agfa Clack. There three settings exposure cloudy from 3-10 metres, sunny with a yellow filter from 3 to 10 metres and 1 to 3 metre.  The shutter speed in this box is roughly about 1/30 of a second. I believe the ISO is 100 but other say it’s 50. The aperture is between f/11 and f/12.5 depending which of the three setting you use.

Frankly nothing is too exact on this camera. This why it’s perfect for Lomography. 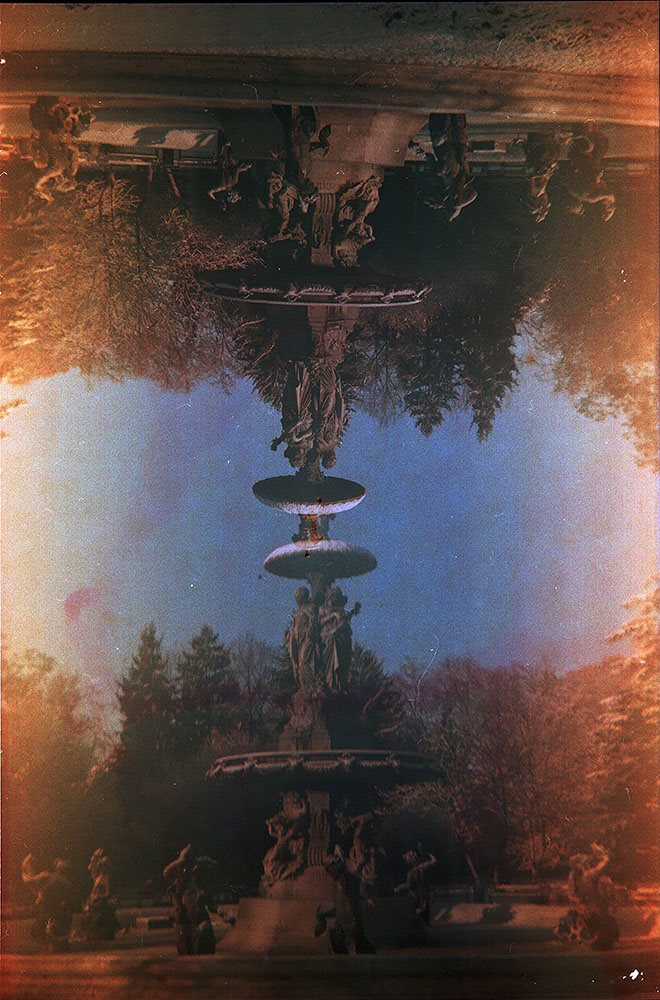 When I got my Yashica Mat 124 the guy whom I bought it from included 3 rolls of Lomography XPro Slide 200 and some Kodak Ektar.   Because this film is slide film (think positives) which is normally developed using E6  process.  I had only C41 process chemistry at hand. So  I developed the film in C41 as the Lomography site states the film supports.  In effect I had performed my first cross processing operation and without even knowing it! I expected strange and funky results either way from the film and camera combo. So no surprises just amusement and awe to be honest.

Seriousily I wasn’t thinking too much just having a blast just making compositions and double or even triple exposures, so cross processing (aka XPro) enhanced the whole messing about so to speak.

What is Cross-Processing? Cross Processing is when you process Color Slide Film (E6) in Color Negative chemistry (C-41). The results will yield a color negative with an alternative color palette. Colors may be subdued and pastel-like. According to Wikipedia “The results of cross processing differ from case to case, as the results are determined by many factors such as the make and type of the film used, the amount of light exposed onto the film and the chemical used to develop the film.” 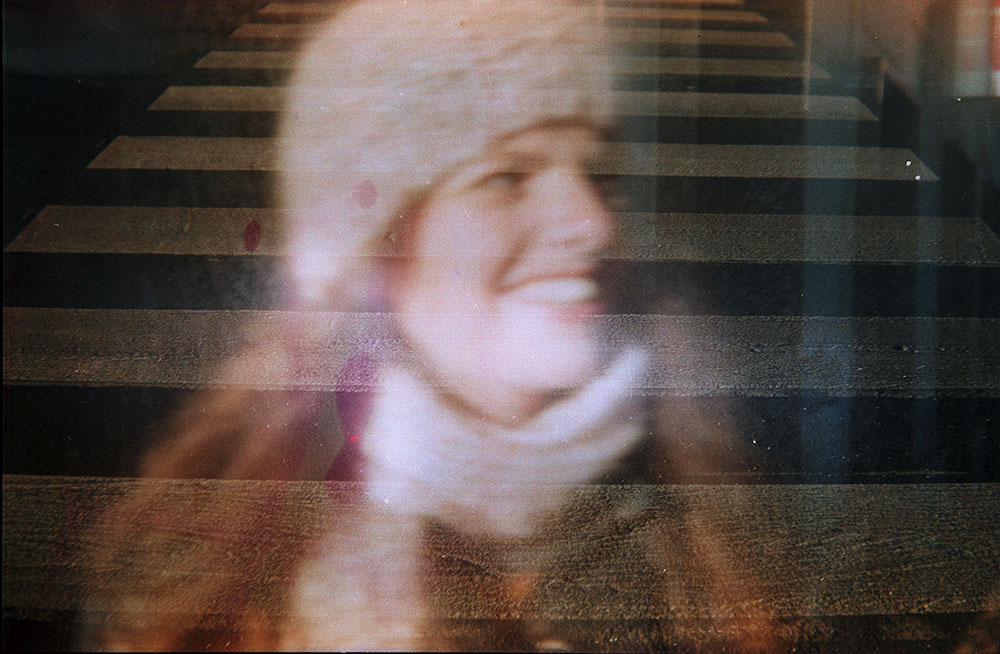 About the camera: The black camera contraption was made between 1954 and 1965 in Munich, Germany. There are so many about, if you need to get one, don’t pay too much for one!  I mean the main reason I choose mine  the Agfa Clack was it was going for a mere 7 euros at my local camera store here in Graz. I actually like the look of it too. It’s kind of a fat chubby swooshed up little box. The plastic glass lens is the snout. The viewfinder on top  is small and usable. Its faux leather isn’t too bad. Underneath there’s simple open and close. Marked ‘auf’ and ‘zu’.

The camera’s film format is 6×9. Basically 8 shots from a roll of 120 medium format film. The 6×9 was common in its day. Often prints were made in the same size. 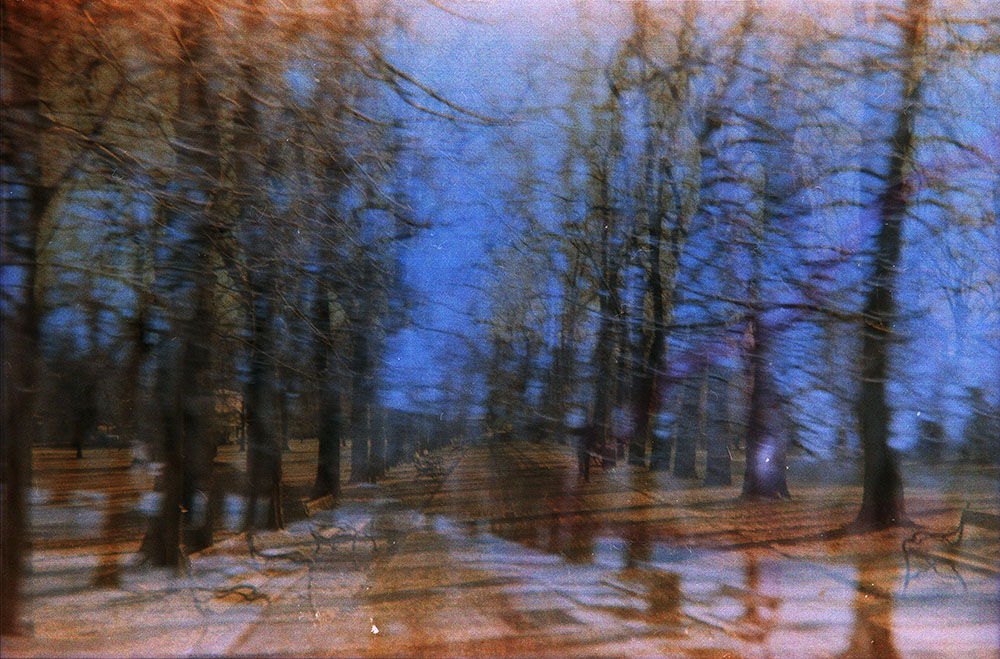 Developing Film: The development was done at home with Tetenal Colortec C-41 Kit bought from  Foto Köberl here in Graz. The kit should develop between 12-16 rolls. However I’ve read you can use it up to 20 rolls. I guess it depends what quality you’re expecting. Do note the higher the ISO of the film the more developer will be spent.

Apart from keeping the temperature under control, the whole process was not too hard. The difficult is keeping things warm. I used a plastic container from Ikea to make a bath. The various chemicals were mixed into old plastic water bottles. Cheap, clean and efficient. I used two digital thermometers one for the bath. The other for the jug I used to pour the developer into. Once the developer hit 100 °F in the jug. I’d pour it into the development tank.

Now the last picture is of me in the city park here in Graz, on the band stand. Taken by  Iris with the Agfa Clack.

Overall I have to say I got a lot of kick out of doing this project. Very relaxing to shot. The development was a breeze. I really would recommended trying out the whole process. It makes a great weekend project. Some simple preparation for the development. Think about what needed. Order or collect the stuff together before development.  Don’t spend too much money on the equipment. Of course some creative ideas from capturing. Experiment and imagine how might the image turn out. That’s what I did. I’ve gotta say I’m very pleased with the results. Feel free to play is the key.