If you haven’t already read Part 1 about the hardware and why ?

You need a free USB Key 16Gb, is enough and a lot of patience and time to make the Hackintosh. I used the Opencore Guide 0.5.9 with MacOs Catalina.

I had terrible trouble getting OpenCore to boot. Until a visit to my friend Chris. He happily opened up his PC and let me drop in my XFX RX580 graphic card. Using ATI Flash utility and another utility we proceeded to re-flash the card as an ATI AMD Sapphire card – a bog standard AMD version. It worked!

Back home I still had issue even after the re-flash. However after a bit of a break from the project, I came back to it on Sunday evening and things were a lot better. The machine resurrected itself and sure enough Mac installer came about. After some time everything was installed and restored from Time Machine.

initially I had trouble getting DaVinci starting up until I replace a library file. Which makes sense and than it working. [see link] 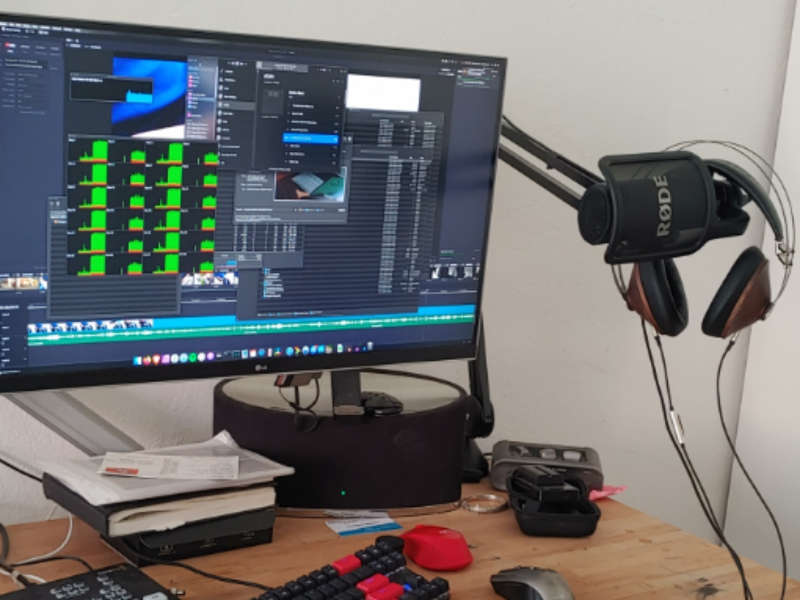 Rendering time for a video I had previously render went down from 23 minutes to 7 minutes – incredible!

I’m using Affinity Photo, Google’s Efex Plugin’s such as Silver Efex and SilverFast for scanning negative. So far no issues or instabilities but it is early days so far!

Isn’t this what you want know? isn’t it? the results don’t disappoint. The Mutli-Core score is what’s interesting. Bare in mind that a similar specced iMac or Mac Pro is costing close to 8000 euros. That’s insane!

This one costed approximately 1,200 euros (excluding HDD’s and GPU). Add in a M2 SSD and Vega 64, it’s still very impressive. Intel and Apple have a lot to answer for. AMD’s Ryzen CPU costs close to half that of Intel. Wow!

Of course with future advantage of PCIe 4.0 and new NAVI 2 video card on the ‘ryzen’ (pun intended) things are looking mighty fine for AMD these days.

Current Benchmarks at the time are as follows: (Note: these have not been optimized to their fullest potential)

I’ve no Wifi while Bluetooth seems to work I’ve yet to try it out.

Well not so easy on a Hackintosh, I still haven’t found anything yet. Some resources to develop your own if you like! It’s kinda non essential but fun to do.

Is it worth it ? If you have the time and patience to troubleshoot and enable the debug versions while reading logs and searching the Interweb – Yep then it’s a go-er. Mind you, it’s not for the faint of heart. Be brave and build a Ryzentosh!

Overall performance is spectacular and costs a quarter of a iMacPro or MacPro equivalent.

Hope you enjoyed this one! If you’ve questions or comment please feel free to leave them below.