Finally I got the Land Camera and the film that goes with it together.  It was time to go out into the wilds and use it! The last time I had used such a device was in the early 90’s.  My subject would be my immediate family.  In fact that’s probably the main reason most folks purchased such a camera back in their hay day in the seventies. It’s pretty much their primary purpose in life to capture family in all it’s awkwardness. 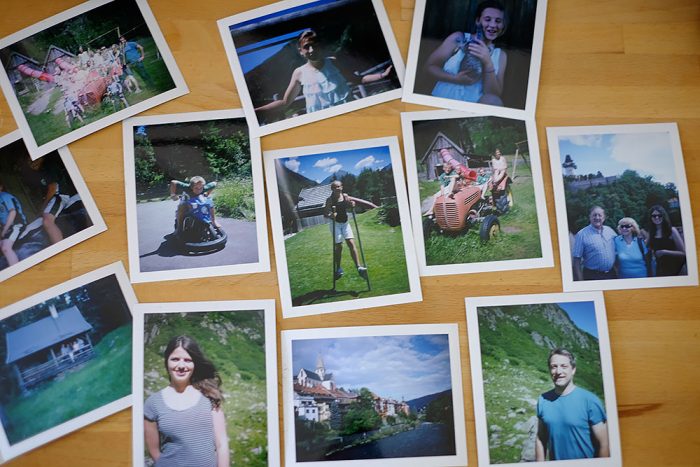 The Land Camera nowadays when opened fully out produces quite some stares from passersby. It’s a behemoth of a camera in comparison to modern pocket size point and shot cams. Even in all its weird-ity – it’s awesome. Fun to use and a surprise at the end. I mean what more would you want! 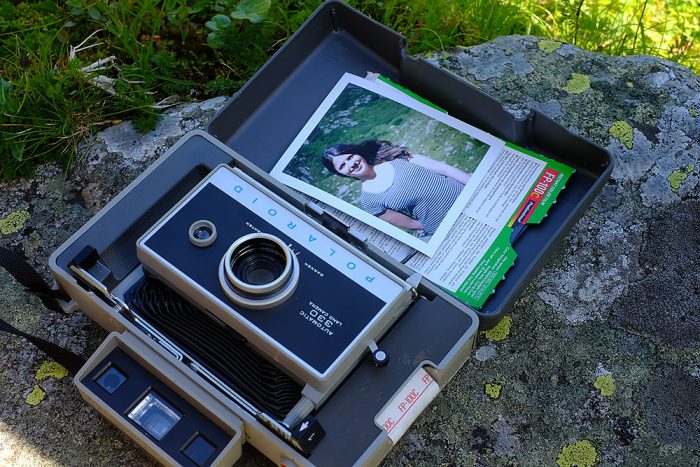 Iris taken with the Land Camera

These days photographing your offspring or even your parents has prove difficult with the saturation of smartphones and digital cameras.  Basically society has lost it’s excitement towards picture taking.

Smart phone photography, is very much a solo pursuit. However when you pull out a Land Camera and it’s Polaroid too! Then there’s a collective interest and a new spark from the past. A renewing of the family photograph. My kids think it’s cool, that such an old thing that’s  over forty years old can still produce a picture instantly (I am talking about the camera not myself!).  Actually to me the Polaroid is and still an incredible feat. 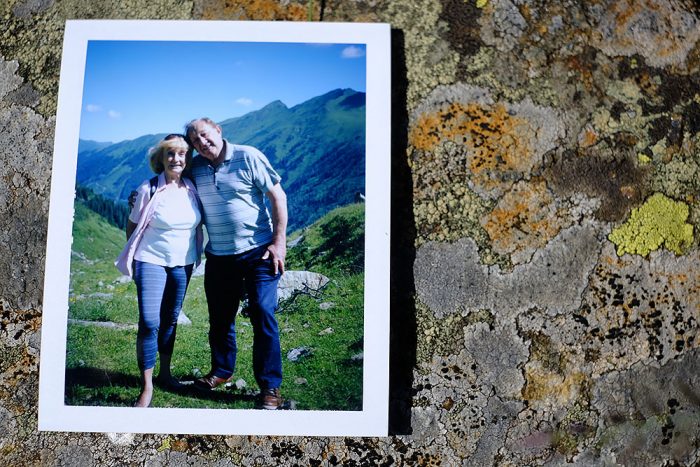 Mum and Dad on Polaroid

My mum is the worse to photo! she has no patience for it and simply strolls off in some direction away. So getting the chance to make a picture of my mum and dad is quite difficult task! Believe me. The Polaroid may not be perfect, and to be truly honest this is the actual beauty of such a device, and it even produces a print!

My son thought the polaroid camera was crazy and posed for it immediately. It’s great when your kids give you the time to focus and frame which is not normally possible with a point and shot camera in these times. 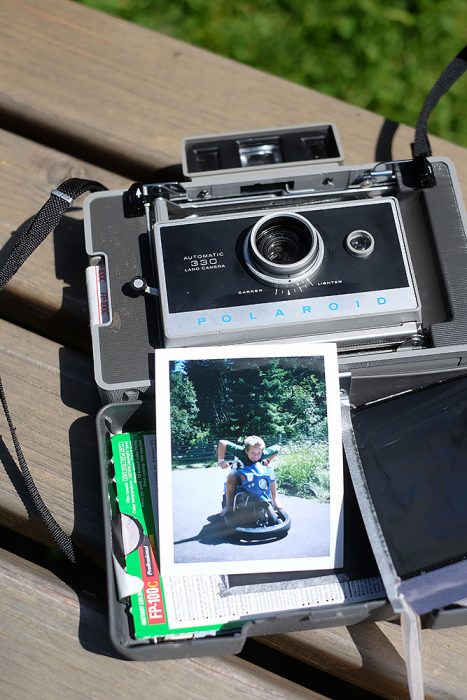 Jesse poses for the land camera

All in all the Polaroid Land Camera is quirky and still fun to use after 45 years! Not bad for old tech.

Photo of a photo at the Söllpass in Austria.

I’ve made a video on how to replace the battery box on the Land Camera to use normal AAA batteries. If you wish to get started on it.

But the film is dying I hear you cry…

Below I’ve put together a page of useful resources to get started with instant film, such as Polaroid using Fujifilm. Polaroid may welll not be produced anymore. However Fujifilm filmpack are compatible with nearly all Polaroid Land Camera and Polaroid backs. Unfortunately these pack are no longer made as of this year, 2016. However you can still purchase them online.  Oh one thing to mention – do support ‘Save The FujiFilm 100c‘ petition!

How to use a Land Camera

If you ever get to Vienna check out Supersense, a cafe with a large format poloroid camera which also offer prints. It’s open Tuesday to Friday from 09:30 until 19:00, Saturaday 10:00 until 17:00. Unfortunately closed on Sundays and Mondays. It’s on Praterstrasse 70. They even do Vinyl mastering too!

Finally check out the following stuff … 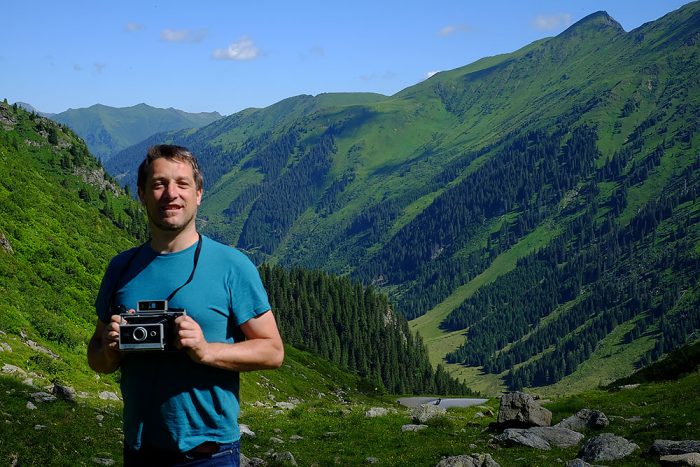 Me with my Land Camera