The summer seems it has arrived in Graz at a heat of 26˚C. The entire population of the city has put their winter jackets and clothes to one side to enjoy the delightful sunshine. After a long dark and cold winter, its much welcomed.

Realising that I had two old Polaroid 669 film pack sitting in the basement for the last year from when I had bought them in a jobs lot. I felt it was time, my daughter were coming to visit. 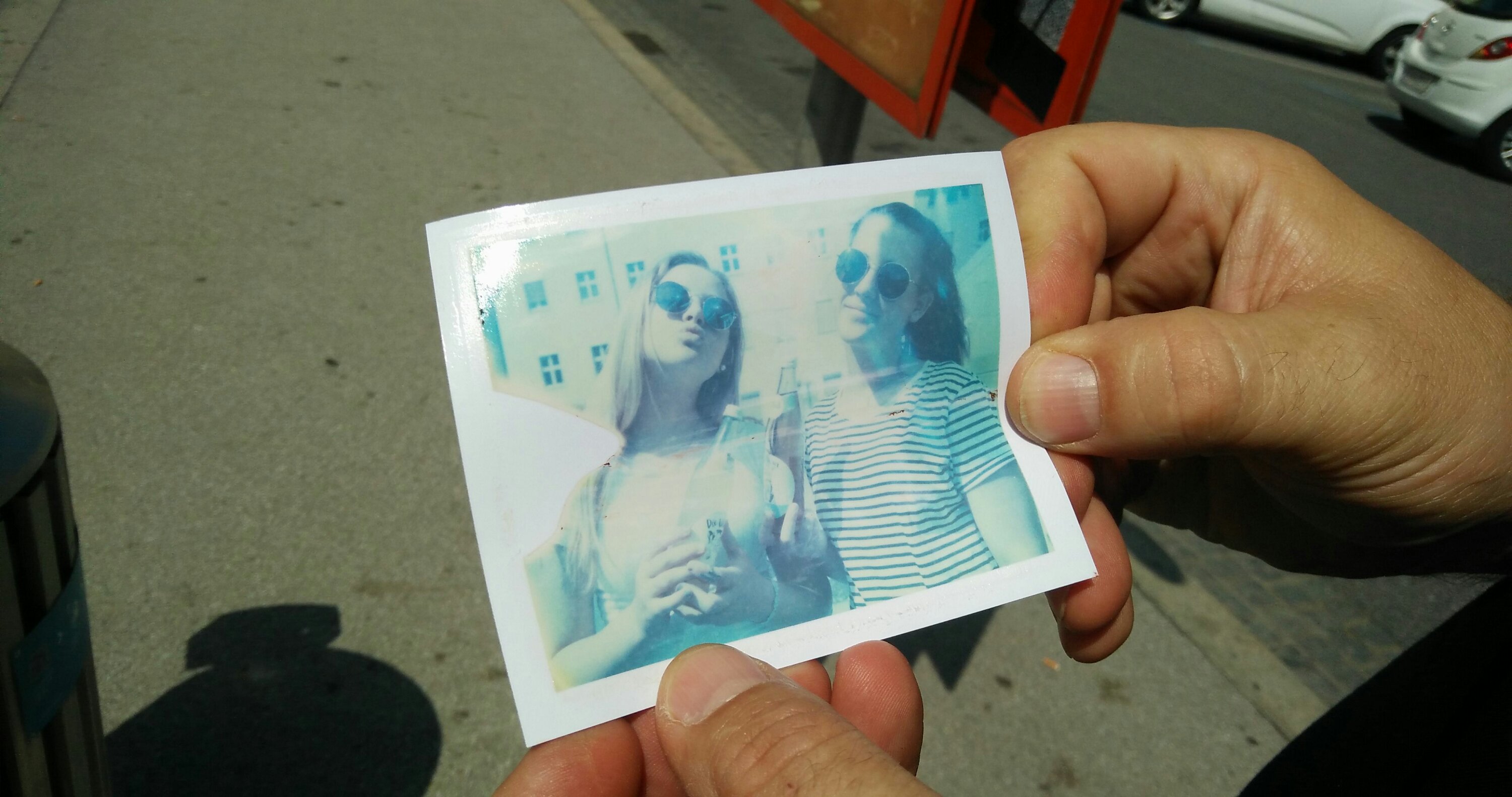 My awesome daughters performing the splits and making quirky faces as teenagers do. 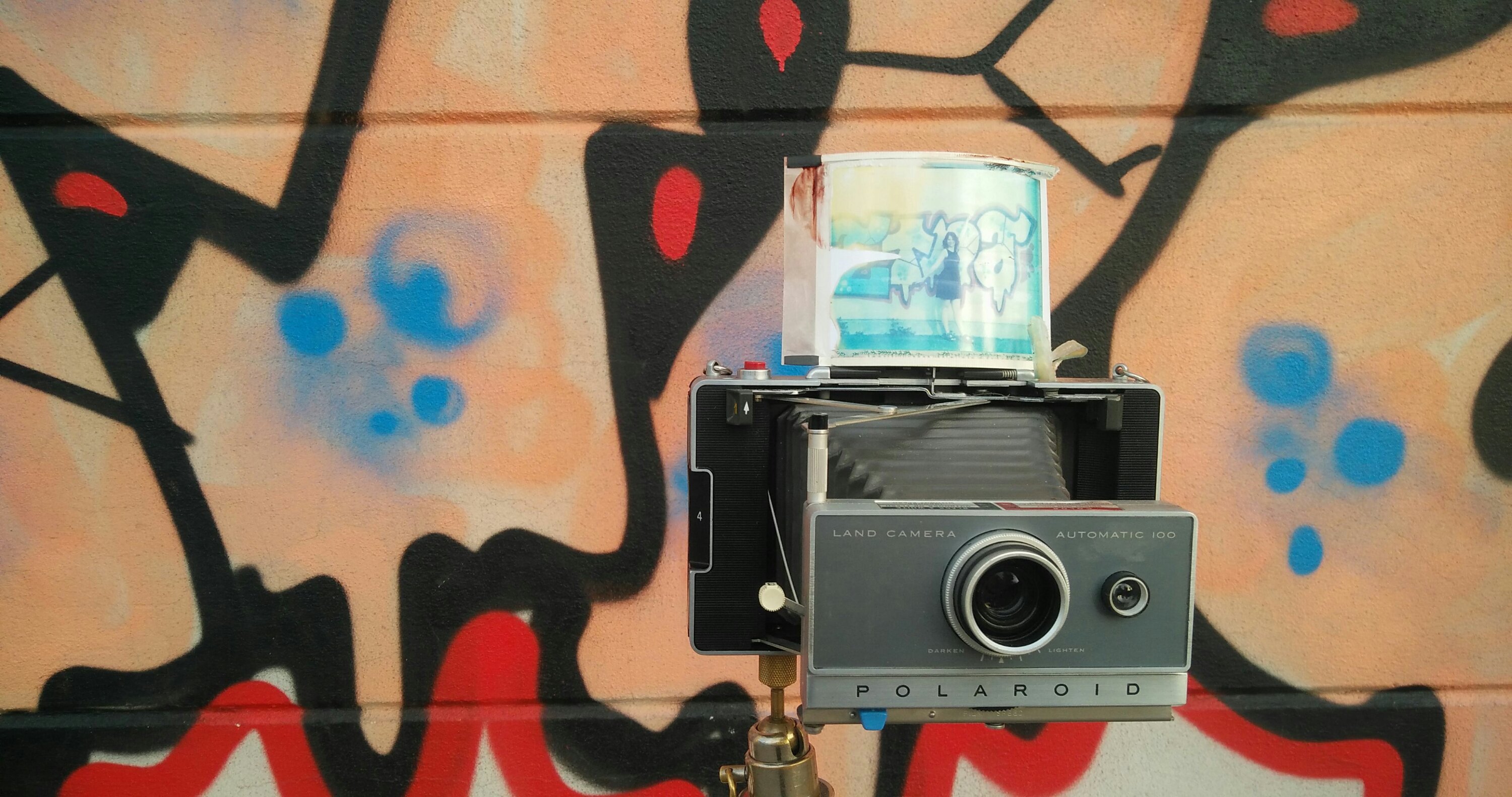 Self Timer on Polaroid

The must have, made in Japan which sounds like a swarm of bees when buzzing down its countdown.

Using my old style portable tripod and the Land Camera we were good to go. The timer was twisted around. I press the button and ran into position for the countdown.

With the self-timer you can see when the white and red arrows are about to meet. Knowing this you can surprise someone just at the right moment!

Sometimes a part of the image doesn’t come through. This is to be expected with old chemicals of such age.

Clearly, the universe and karma had kicked in and predestine this exposure to be cut off! The lesson here is expired film doesn’t always behave as expected.

My advise if I had any, is use the film. Of course, I could have sold it on eBay for good money but where would the fun be in that!

The next advice is to set the Land Camera all the way to ‘Lighten’. Another words overexposure as much as possible. Especially for film packs over 20 years old.

My two film packs had 8 exposures each. I managed to underexposure two of them and about 4 didn’t work. This is the gamble with such ancient Polaroid.

Leaving the paper frame and peeling on the image also adds to the story of the images, as you can see below.

Old film packs probably perform better in warm weather than in the cold. Something to keep in mind.

Finally, enjoy the experience with friends and family!