Reading the above description from the book Photogenic Manipulation by Robert Bingham. Fungi do not count as plants in fact they are more genetically closer to animals.

So the mushroom Anthotype should maybe called Mycotype process. Well let’s see how if it works or not the process.

So far this year the weather has been too hot to collect just yet. However this week the rain came and I really believe this weekend shall prove worthy of mushroom collecting. For now I had only found a couple of Chanterelles which I gladly cooked up on some toast.

Question is can mushrooms be used for Antrotype process for making images ?

First researching the subject suggests very much that mushroom can be used for dyeing purposes. This naturally leads me to thinking that it’s very possible this could apply to Anthotypes too. But I guess I need to experiment…

My idea is to try and make a print from the Saffron Milkcap or another Milkcap. Unfortunately I’ll have to wait until they are available later this month. Milkcaps are known for the coloured milk which changes in colour when oxidated.

This may or not make a good emulsion for an anthotype print. 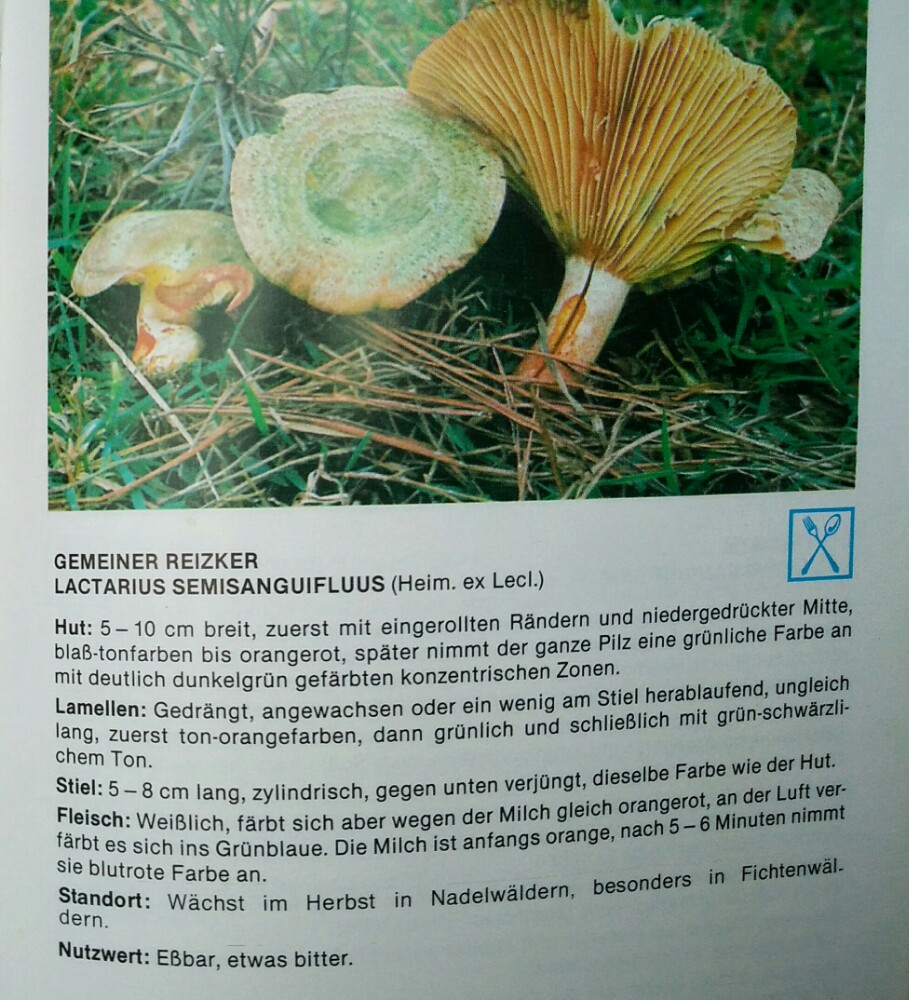 Jake my son and I went “mushroom picking” to identify them. This one could be Perlpilz/Blusher (Amanita rubescens) or Pantherpilz/Panther (Amanita pantherina) one you can eat the other deadly poisonous. Of course we didn’t pick it. But it’s so important to learn what grows in the forest. 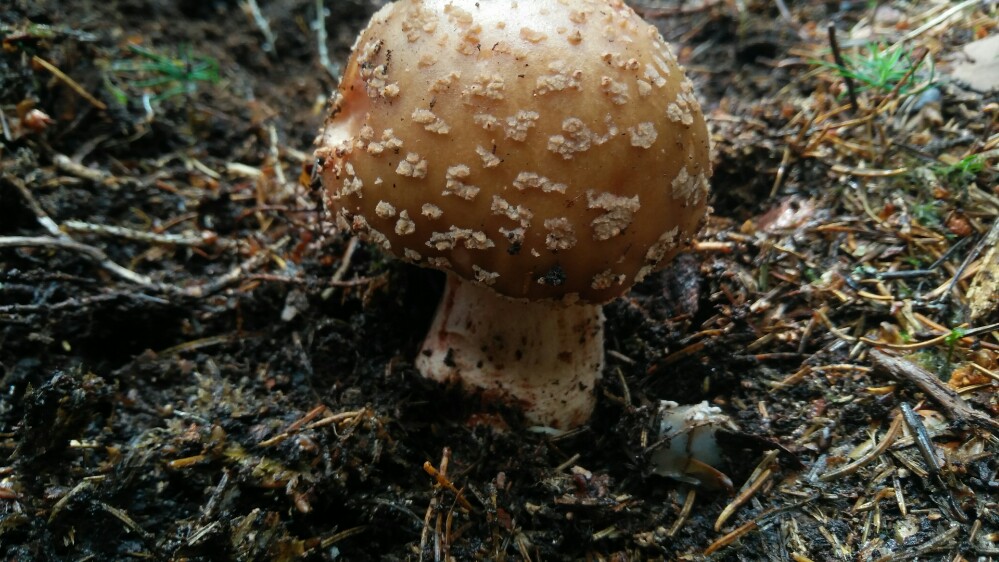 After researching a few books and online. This one is most likely to be the Blusher/Perlpilz due to the reddish stem. Next time we shall pick it and inspect.

The Amanita genus is notoriously difficult to identify and most forgers avoid them. However the more I read and learn the better I’m equip for the Anthotype project.

Comparing German to English books, the Germanic ones are more knowledgeable on the subject. As mushroom collecting is a big part of their culture. In Ireland few folks speak about mushroom season at all. While in Austria at this time of year it’s quite common indeed to strike up such conversations regarding what you collect and don’t collect. 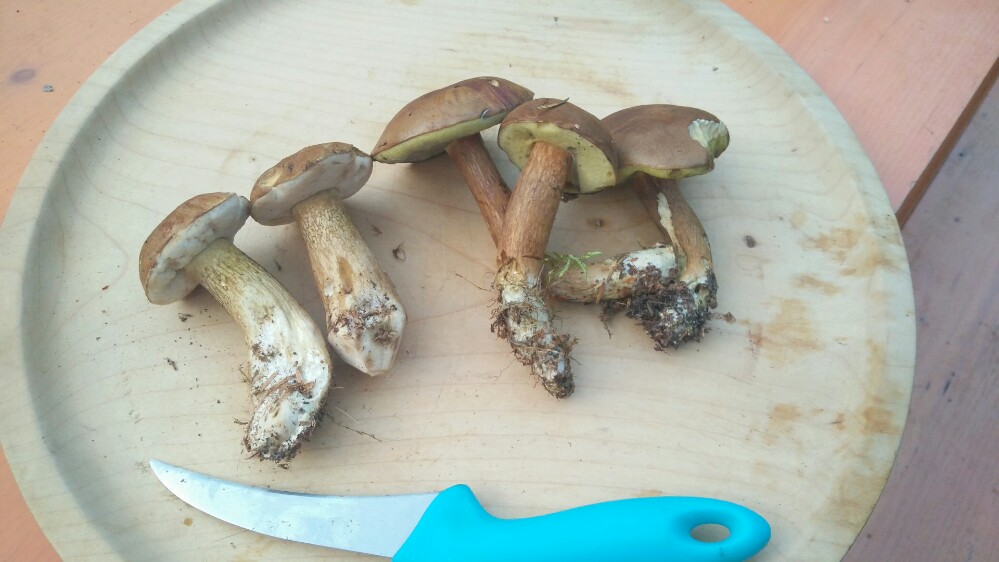 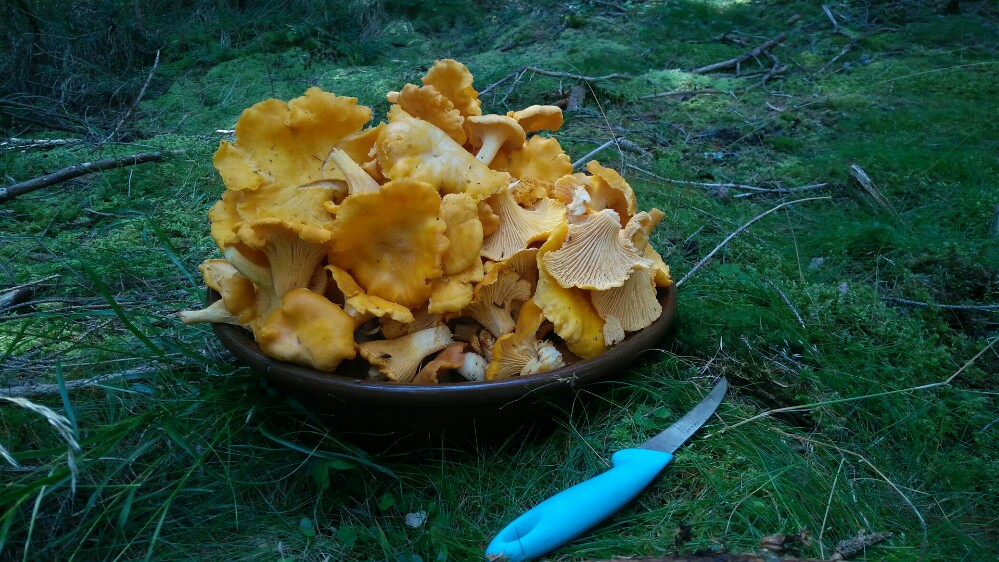 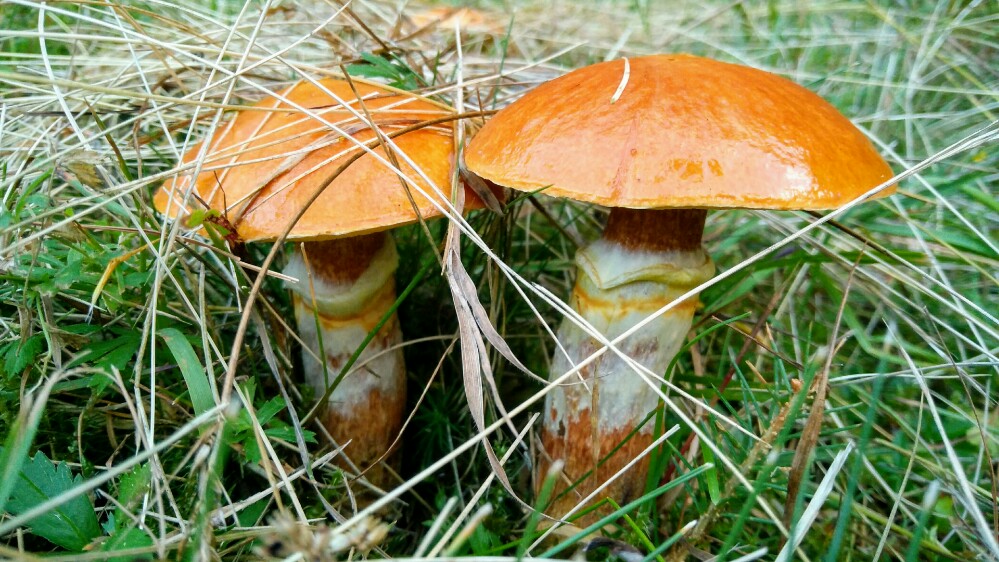 Larch Bolete good to eat! – in part two this

The Larch Bolete proved very useful not just for eating but later on in part II  on this post in make one of the first Anhtotype. 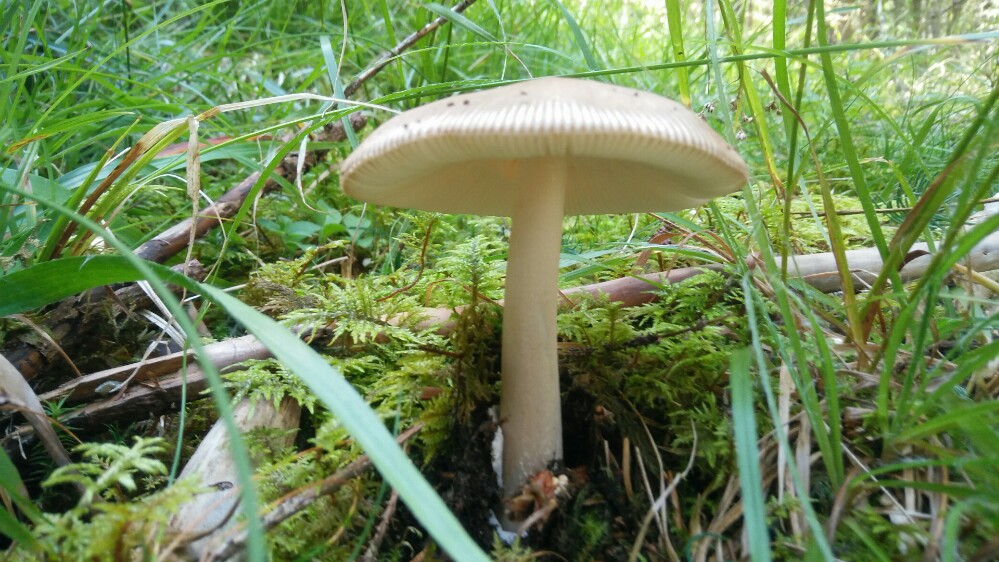 Links to using Mushrooms for Dyes

[…] mushrooms for Anthotypes was the plan – read my previous post on the subject, and finally I found enough Saffron Milkcup albeit a bit dry and old. Nevertheless I made a […]