Ever wonder how to photograph a city without looking like a tourist and getting great results ?  In this blog post I’ll explain some interesting tips and a ways to do just that! A city guide to photography in Vienna – places to go and photograph too! Enjoy the post please do comment and let me know what you think or if you’ve any suggestions.

Getting around Vienna by bike

The story so far: It was time to go back to Vienna once again. Leaving Salzburg late on a Friday evening. Then to arrive close to midnight into Westbahnhof train station. It wasn’t something I wished or wanted. I preferred to be there in evening to eat and settle in – but it wasn’t to be. Fortunately there was the prospect of having entire Saturday morning to potter about and explore another part or district of Wien aka Vienna.  The next day I rose early and went onto the S-Bahn from Floridsorf and then a U-Bahn possibly the U2 from Wien Mitte. I did have some kind of plan in mind to visit the Nahmarkt at some time in the day. This is the ubiquitous flee market of Vienna. Once there I would see how things came to me as I hit the street with my trusty Fuji X-T1. I hope even to rent a bike too for good measure!

Bill Bryson’s quoted in his book on travelling –  Neither Here Nor There. “A Martian coming to earth would unhesitatingly land at Vienna, thinking it the capital of the planet”.

Anyway once I finished with traveling by rail and underground. I decided to make use of Vienna’s public bike service called CityBikes.While avid bike fan, it being my favourite mode of transport.Bikes are a great way to cover ground especially in a big city – plus they also saves on sore feet after a long day out.  I need to admit that the public bike system is no short of a national wonder. I had signed up about a month ago and hadn’t use it since due to the affects of the wind and cold weather. This exhibits itself quite nastily throughout the Viennese winter. It’s notorious for it’s sharp cutting chill. On today though the sun and wind were definitely in better spirit. The positive note was in the air. The certainty of spring’s return was now eminent – thank God. And my camera was sitting quite nicely in the front basket of the bicycle just rented moments ago.

Tip : Rent a bike and get up early!

The Photography Exercise:  – At waist level

The exercise I took on was inspired in some way by the use of TLR type cameras. TLR cameras were very much an analog device. TLR stands for Twin Lens Reflex. One lens to focus with a glass viewfinder above the top front lens. The other lens below to make the exposure to the film. Most if not all were medium format film cameras.

Unfortunately there really isn’t a need for such a wonderful design in the digital realm sadly. Especially now with advent of digital viewfinders and OLED back displays. I really can’t see it happening that a comeback of Rolliflex or Mamiya 330 type camera is made into modern digital. (Maybe that’s a Kickstarter project all by itself right there!) Either way it’s such a pity.

But when you consider that most DSLR/Mirrorless cameras offer the ability to rotate or pull out the back display. You don’t really see folks using cameras do it this way too often. We are creatures of habit I guess when we handle our cameras. We either hold them out or an eye level. Back in the day if you were lucky enough to own a TLR type camera you tended naturally to use the camera at waist level. So that begs the thought to the question – why not use a modern digital in the same way ? In the same position, looking down into the viewfinder.

Tip: Use waist level for composition. 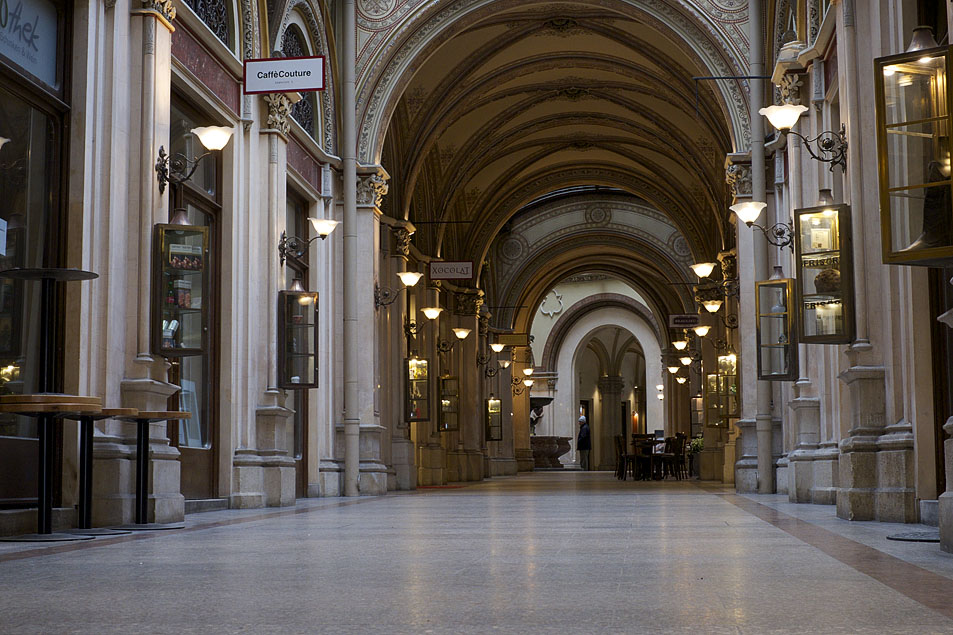 Now this is where the exercise I’m talking about comes into play. I thought about two things for my experiment or restriction for today’s morning of photography. One – see things with a child’s perceptive. Two – not to use the camera’s viewfinder or camera at eye level – period.  This where it all comes together. This is the lesson to look downwards onto the pulled out rear screen. Using the display to compose and pan the image into place at just above knee level. So I began to make city images using this method. It certainly not of course a new idea but it’s a good to start for breaking old habits and discovering new ways to approach familiar subjects. 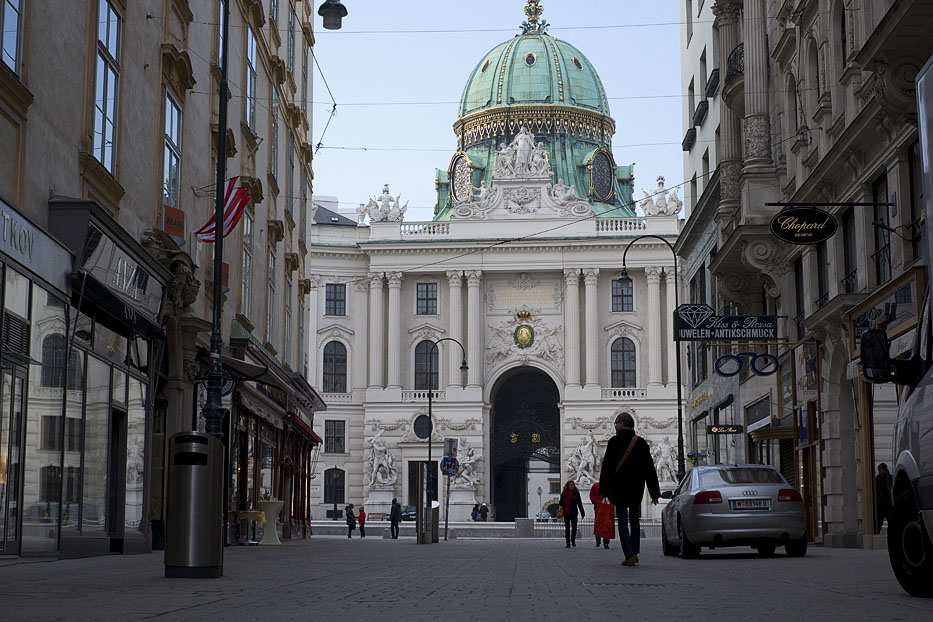 The Lesson Learned: Not to be notice

So what are the results and what I’ve learned…  Firstly well it’s amazing how people don’t take too much notice when someone photographs in this way. Photographing at waistline doesn’t appear to offend anyone or maybe people aren’t aware so much. Could it be that folks are simply not bothered too ?  You can see straight way people tend not to change too much. No altering of direction. No reaction by turn their heads or eyes away as they approach. Of course it’s natural when someone, a stranger brings a camera up to their eye to photograph we tend to shy away.  Whether it’s our concerns with privacy, personal space or another happy hopeless snapper on the blight of our horizon when we just wished to be left alone. It’s kind of a nuance really. 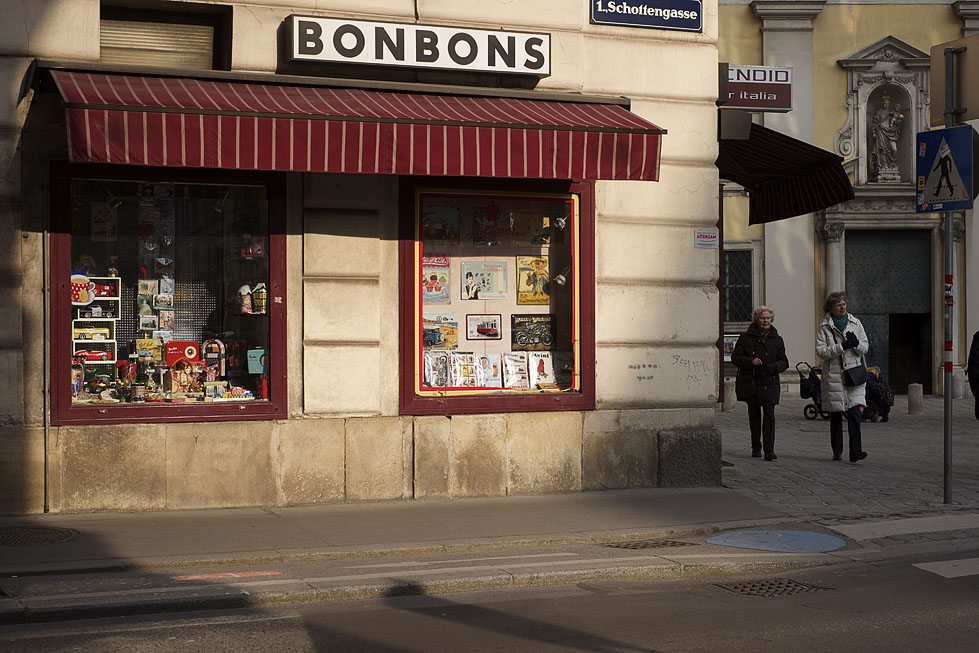 Once I had found my way, it seemed a series of shopfronts were developing into a mini-project. Hence of course this blog post! I love to follow the light as it divides across buildings and their facades.

Tip: Follow the light! and wait for your model! 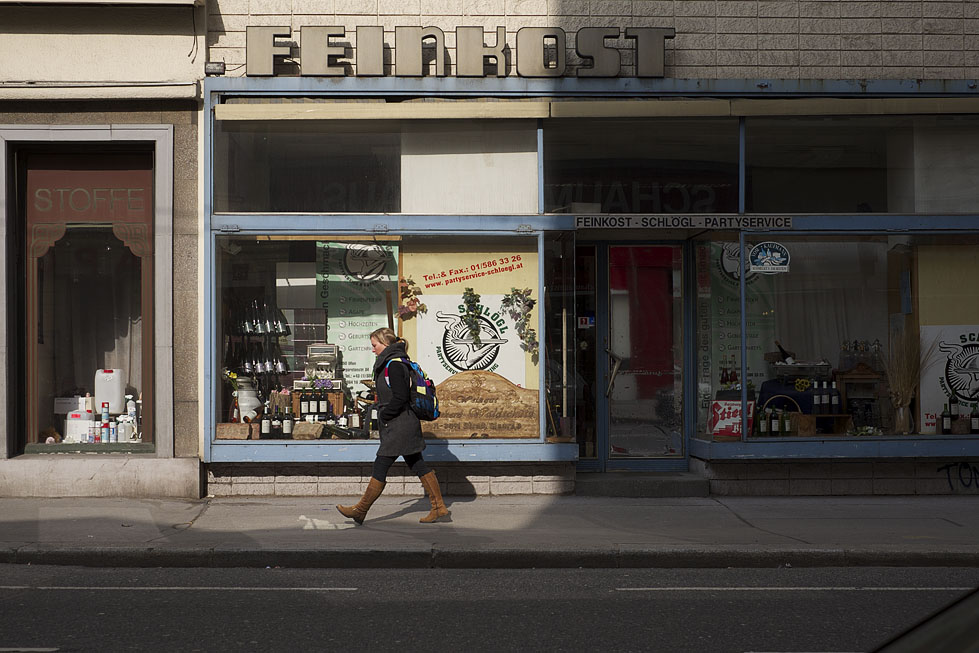 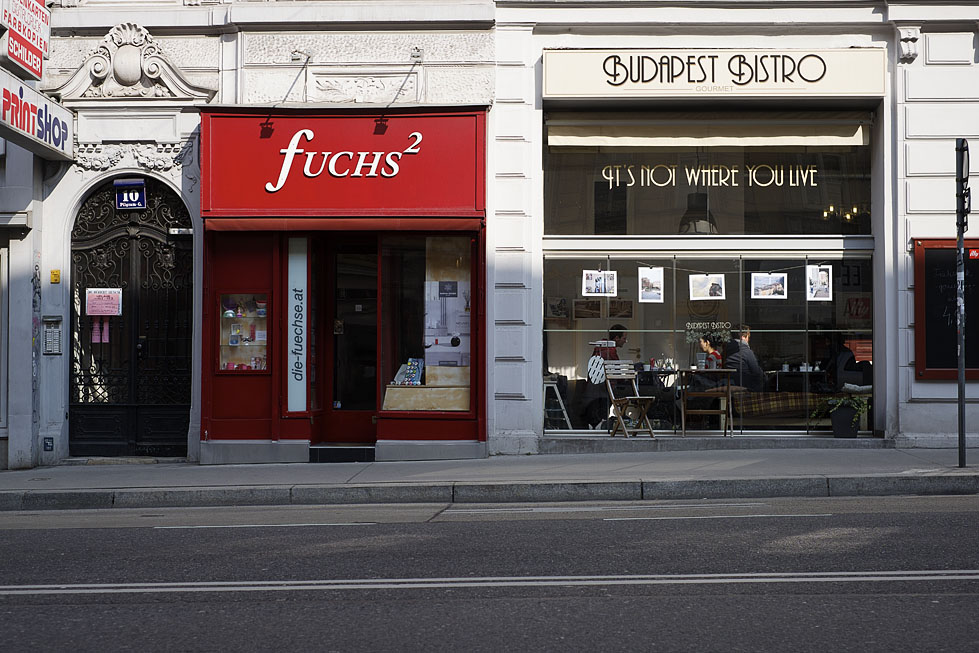 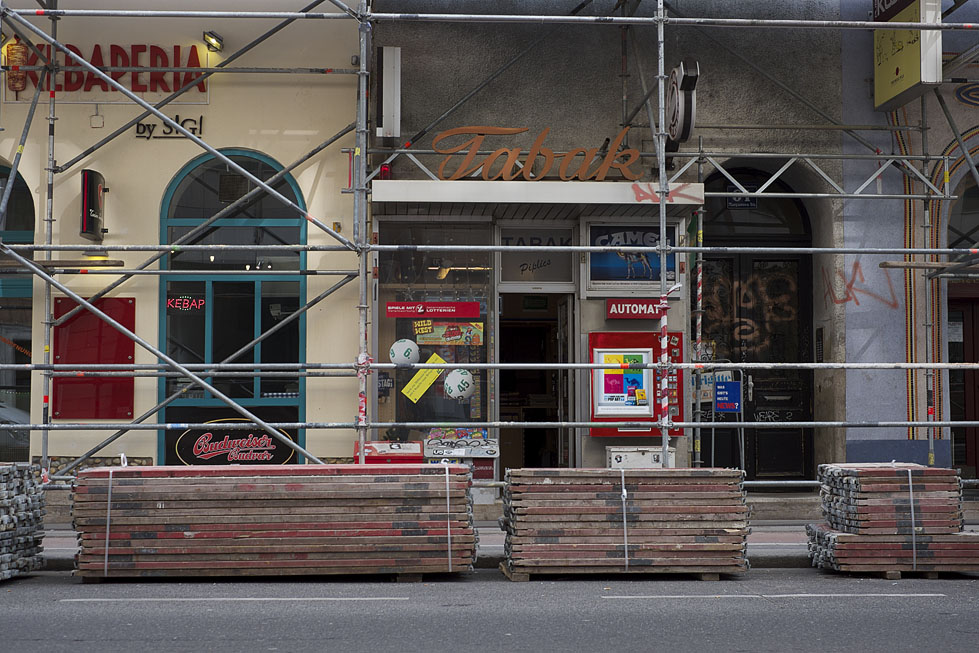 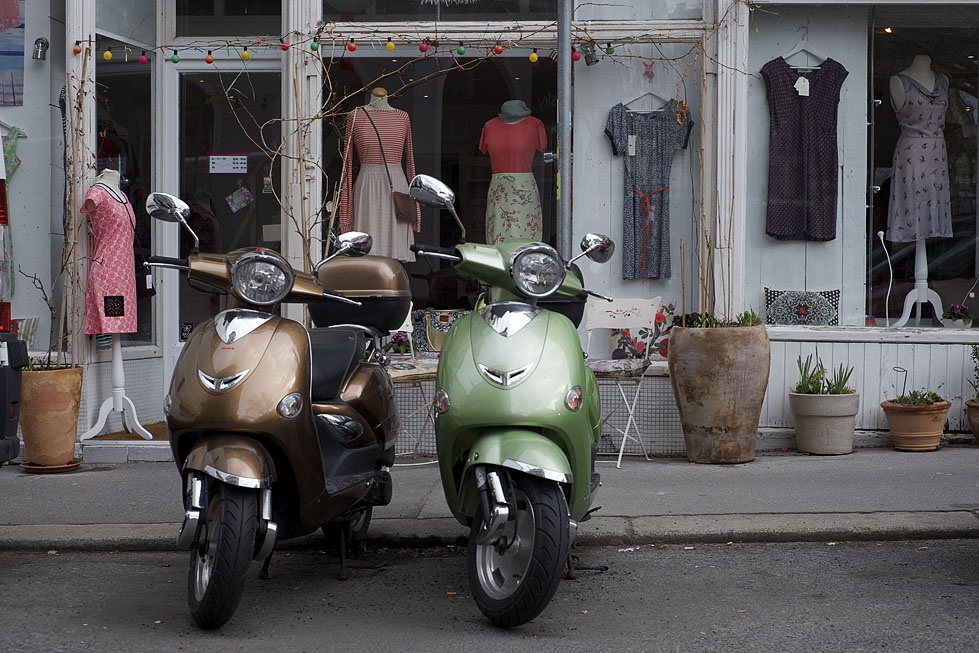 Vespas and dress shop – Taken with the Fuji X-T1 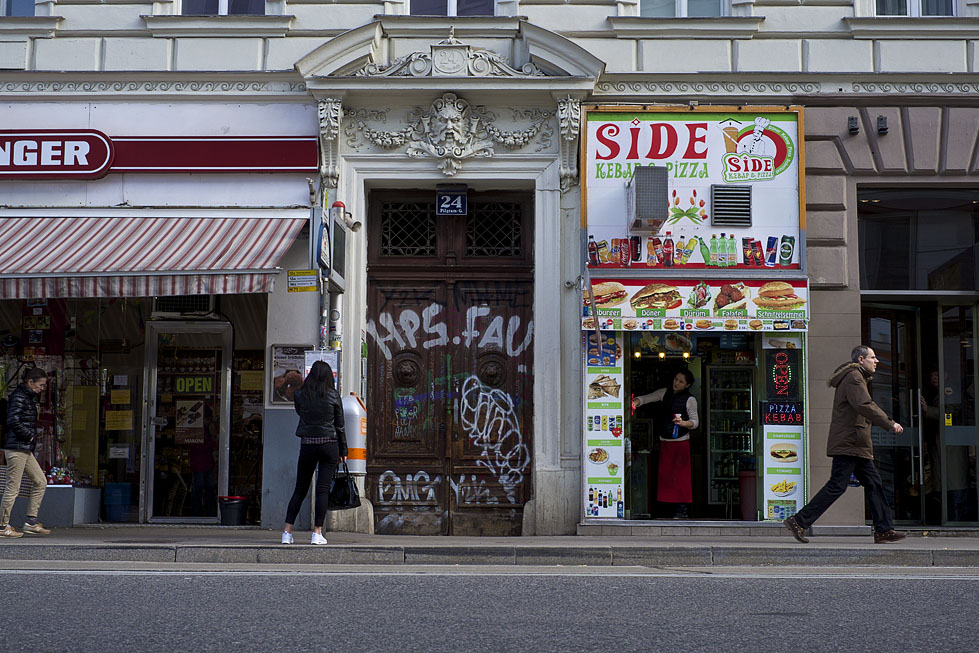 Side Kebap – Taken with the Fuji X-T1 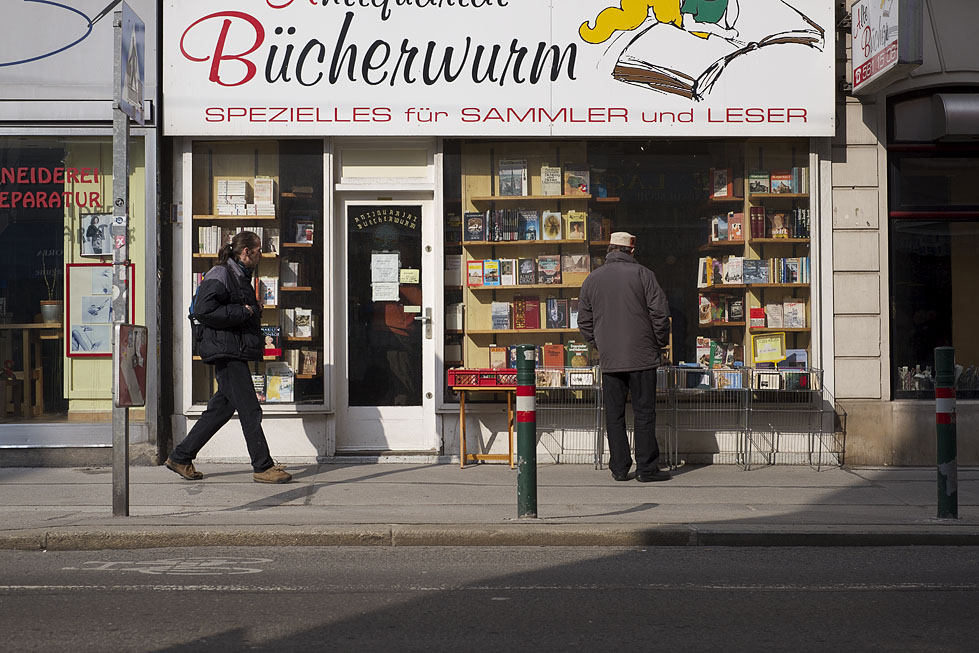 Using this method of waist level photography makes touristy images, I believe more interesting and exciting to the viewer. 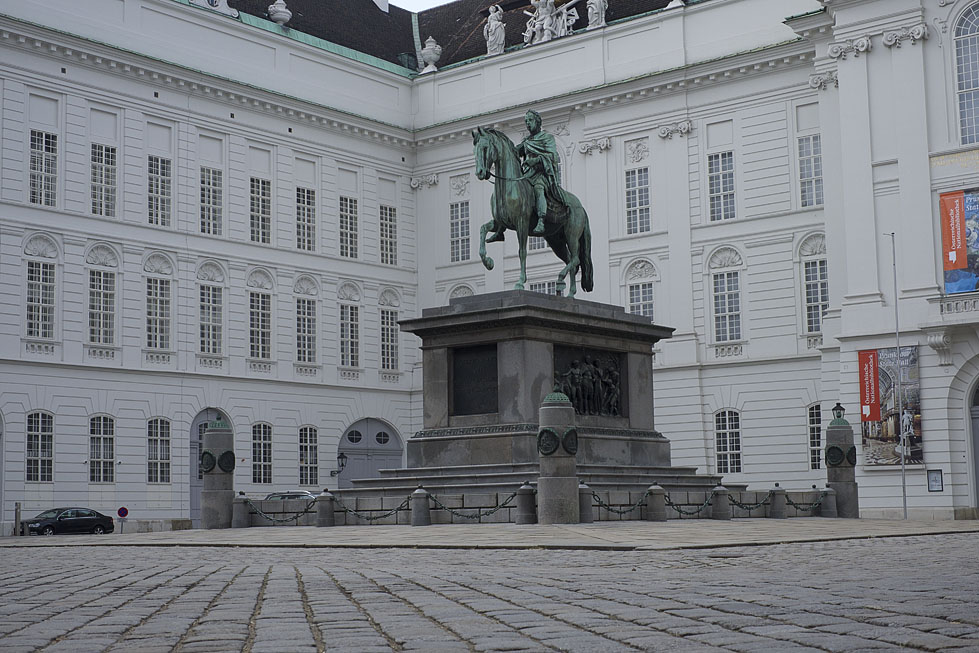 Vienna  Taken with the Fuji X-T1 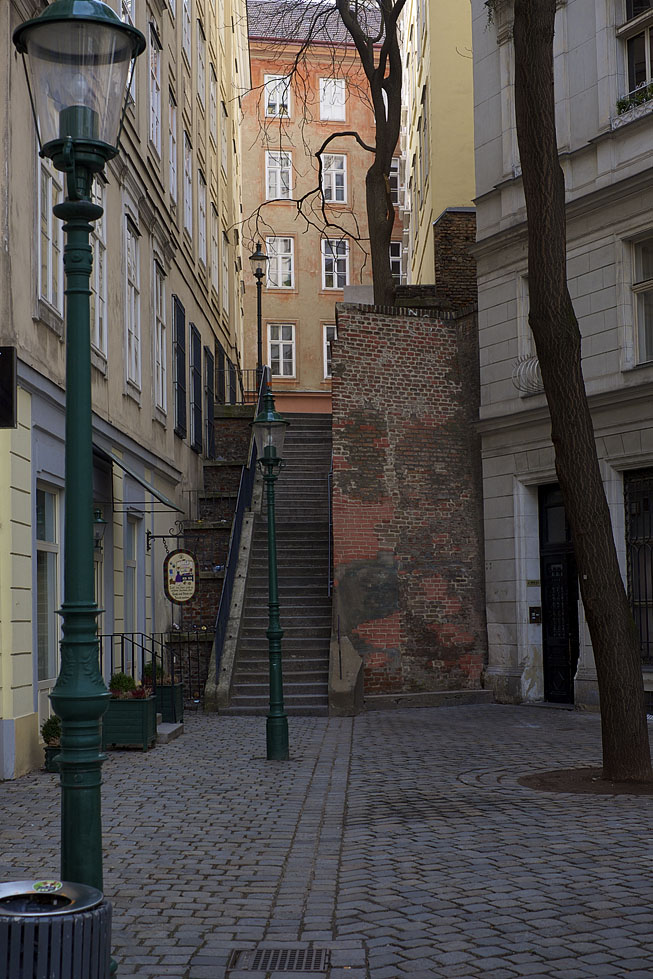 Onwards to the Nahmarkt of Vienna…

On this bright and heavenly blue sky day traders laid out their wares on old tables. While others with less lay theirs out on old blankets draped on the ground. Such things featured: brass objects, grandiose pictures in gold regal frames, boxes of spoons, old Russian cameras with odd coupling lens, Valve type radios, dogged postcards from a time lost, Selections of spanners,  bits of wrought iron, table lamps short and tall, Schlager folk records of the 70’s to the 80’s, Nice classical box sets of records,  even statues too… all in all a right curiousity!

After a brief ramble and dodging bargain hunters shoulders as they glazed at stall and not fully in controll of the direction they are walking in. I escaped.  Escaped to rent yet another bike to venture around the 5th. A district of Vienna which I believe if I’m not wrong in this, is the home to ‘little China town’, bohemian cafes and all sorts of pop shops. 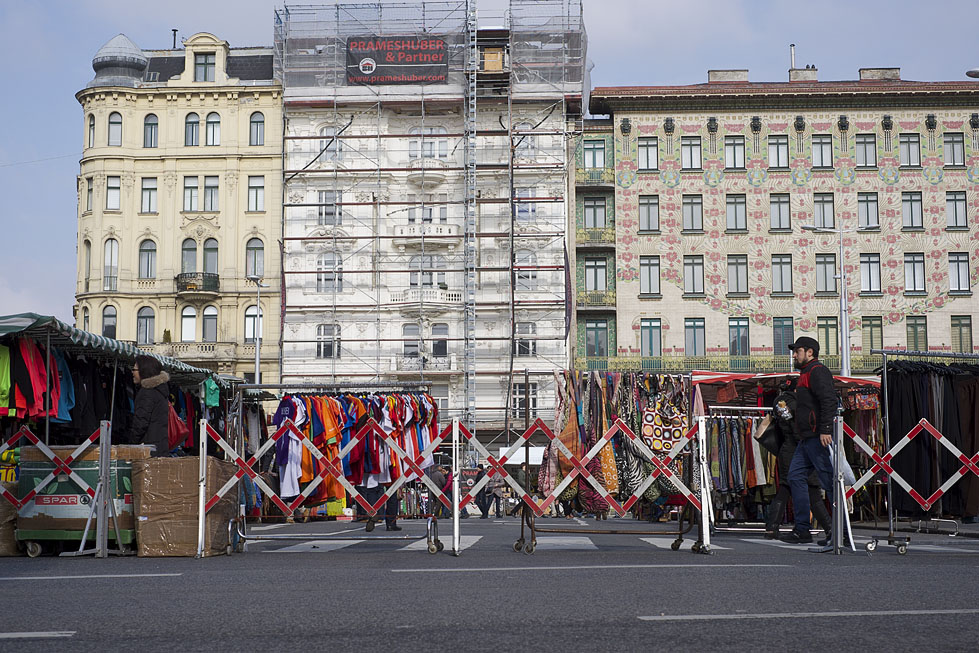 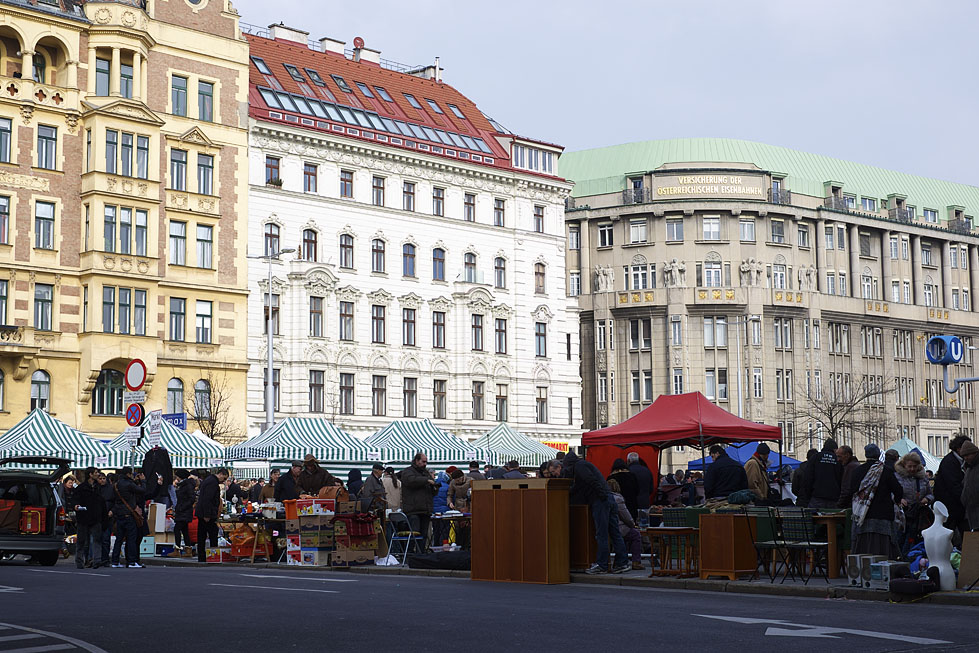 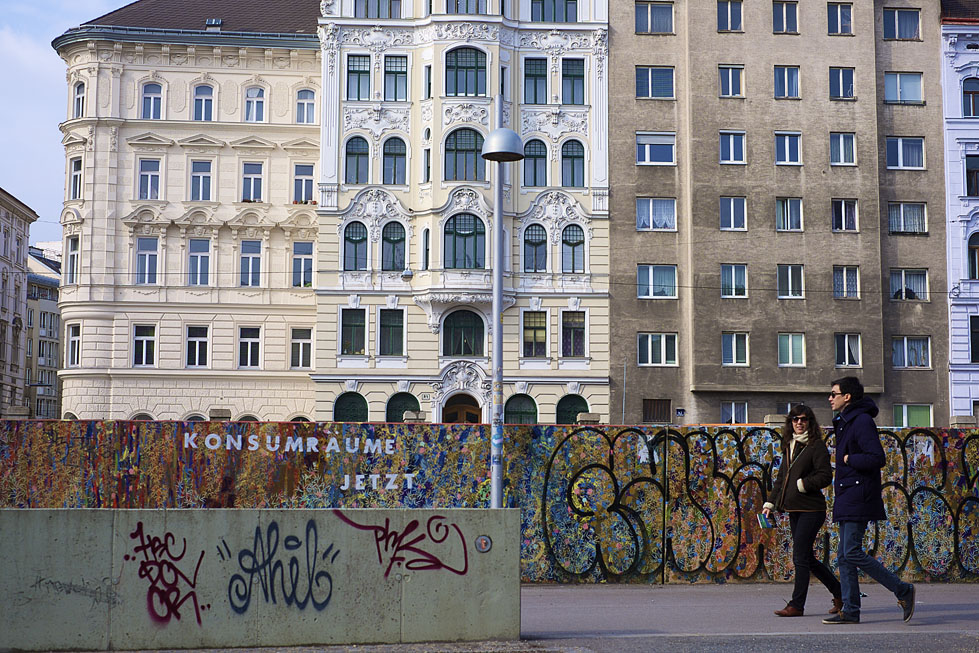 I do hope you enjoyed the post please feel free to leave a comment and let me know what you think or if you’ve any suggestions. 🙂