Welcome to a very blue weekend of April 23rd 2016. Yes in terms of the downside of the weather with overcast skies and rain with expected snow too – yikes!  Even so the sunshine had decided it wasn’t to be.  The upside side would be the deep blue colours of Cyanotype. As I had brought all my wet plate materials and wooden camera to the country. In the hope of making my first glass plate negative with collodion process. The goal was to create a contact print with the glass negative against a sensitised watercolour paper using Cyanotype process. I’ll explain further.

However I was rather disappointed and majorly pissed off. When I realised with some frustration that had I forgotten one crucial part of the process. I was missing the fixer! @$!@!  An essential part of any type of analog photography. But out of all the many kinds of alternative methods to create an image, in regards to Cyanotype only water is required to fix the development. So possibly I wasn’t going to be without photo frolics this weekend – woohoo!  So never mind the weather and the missing fixer for the wet plate – there was things to do and discover. 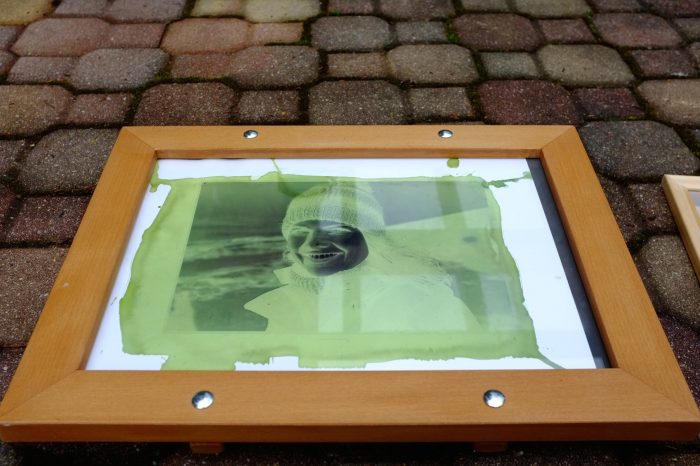 Iris on Cyanotype at the begin of the process in afternoon at 14:50 PM

I gotta mention a kind of irony here before I go on. The same guy who is responsible for inventing the standard photographic fixer is also the man behind inventing the Cyanotype (and many other forms of photography). At least I’m still in with a chance of producing something now with the Cyanotype.

So onto my first Cyanotype. The method of printing photograms and photographs from negative. It was invented and discovered by Sir John Herschel way back in 1839.  A few years later the first ever photo book was created by Anna Atkins in 1843. 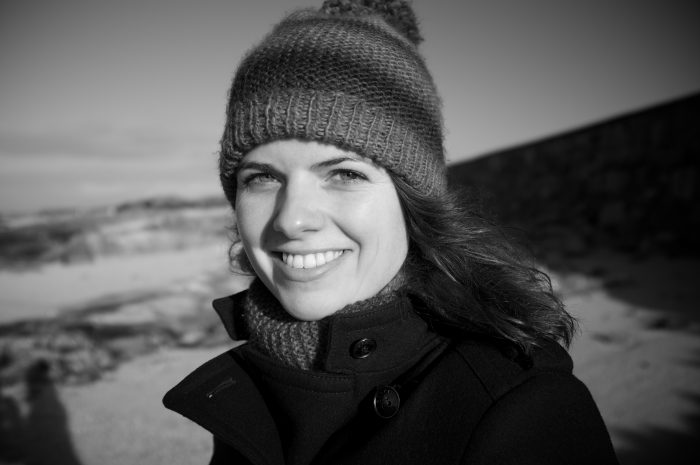 Original image in B&W of Iris

To begin take an image into Photoshop, and sharpen it enough. Ensure it has enough contrast which is very important for a Cyanotype. My recommendation would be to use something which has plenty of both black and white area in the images. Nothing too noisy. Also it should be in black and white too.

Once the file is ready print it out on a OHP transparency. Transparency are available for both Laser and Inkjet. Ensure to purchase the right one. 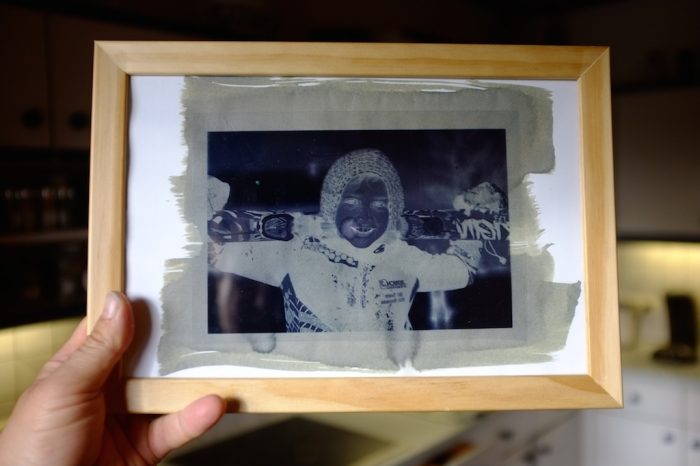 Jesse on Cyanotype, the image is ready to be developed in water.

Iris at about 17:00PM ready to be developed. 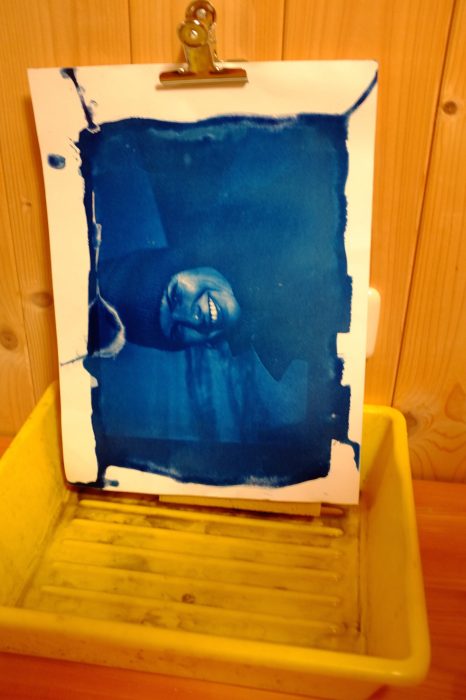 After development and drying prcoess 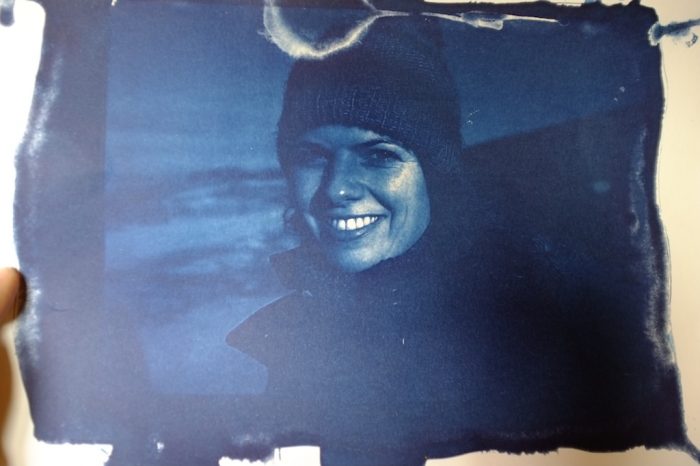 TIP: Christopher James Book has a sample chapter on Cyanotype from the awesome book below!