It’s always a treat to visit Roland and his wife Gundi at the Knaushof farmhouse. Their solid wooden farmhouse dates back to the 1600’s. Massive beams and joists hold this mammoth structure together over the centuries. Set in the luscious green landscape with alpine giants of mountains in the background known better as the Dachstein. Sheep gaze above in the pastures which Roland tends to with these very boots photographed above.

How did I get to make the “boots” image ? Well it seemed the perfect moment. I asked Roland to stand still while I quickly set up the gorilla pod and the 6×12 wooden camera. It was a two second exposure right up to the tip of the boots. The pinhole is quite a wide angle camera.

Who would have thought a lens-less camera could produce a significant images ? Well I’m happy to say the a wooden box performed. Pinhole is exciting, simple and yet challenging at the same.

I had made an image of one the Highland cattle above on the “Alm” – as they say here in Austra. These antlered beasts with long wild hair are sent above, up into the mountains. At least two thousand metres in the summer months of the year. I and my son had encountered one earlier breaking away from the herd in curiosity of our intrusion. The highlander cow in question approached us at a slow pace due to its weight and width of its horns. I had the courage (or stupidity!) to place the pinhole box with a small tripod on the ground. It came close to the camera. We retreated and so did the animal. Once the animal had wonder away, that was the chance to retrieve the pinhole camera.

In the image of the alpine scene, the hooves of the beast and its movement are capture nicely with the pinhole’s long exposure. 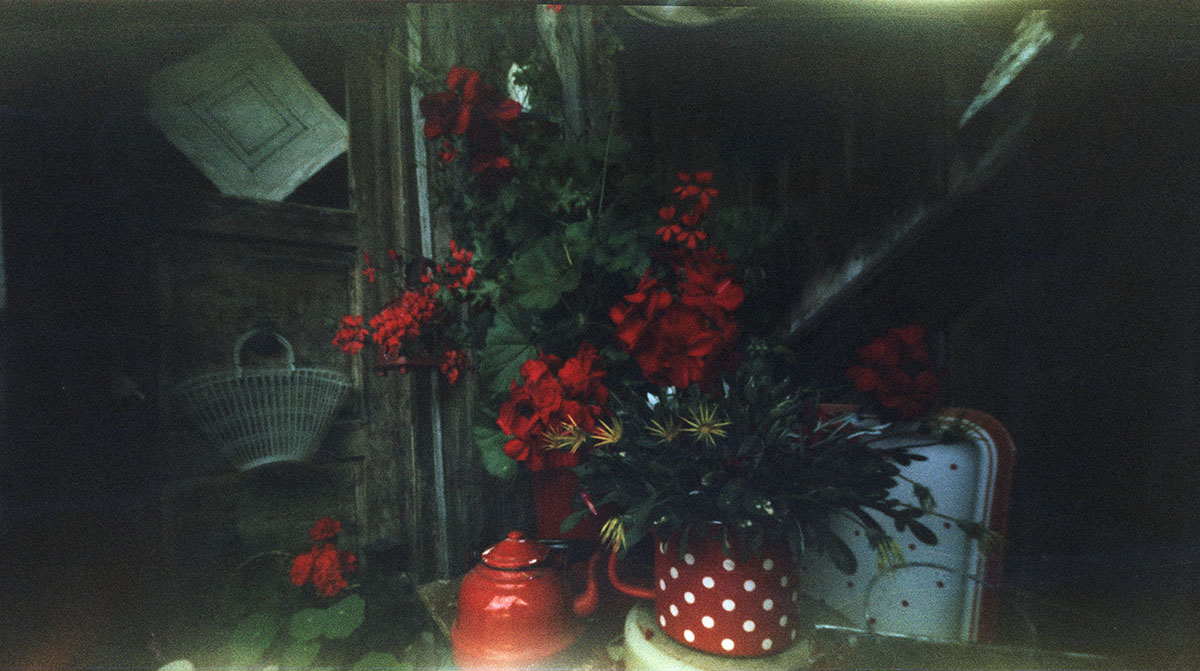 This scene also from the Knaushof farmhouse.. I love the red display of things are their arrangement. The flowers, geraniums in red with the poker dotted jug and red tea pot. 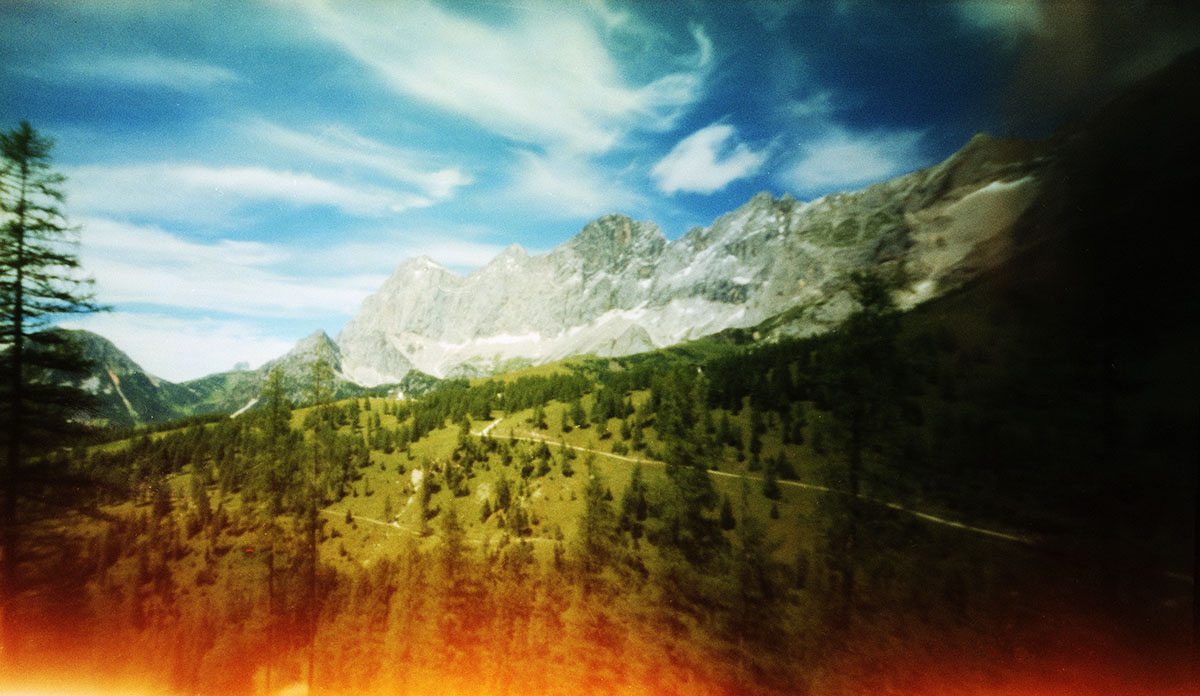 The finally image of the Dachstein range as Jesse and I hiked in the morning.

All images were self developed in Colortec C41 Kit, the film was Lomography Slide Film.